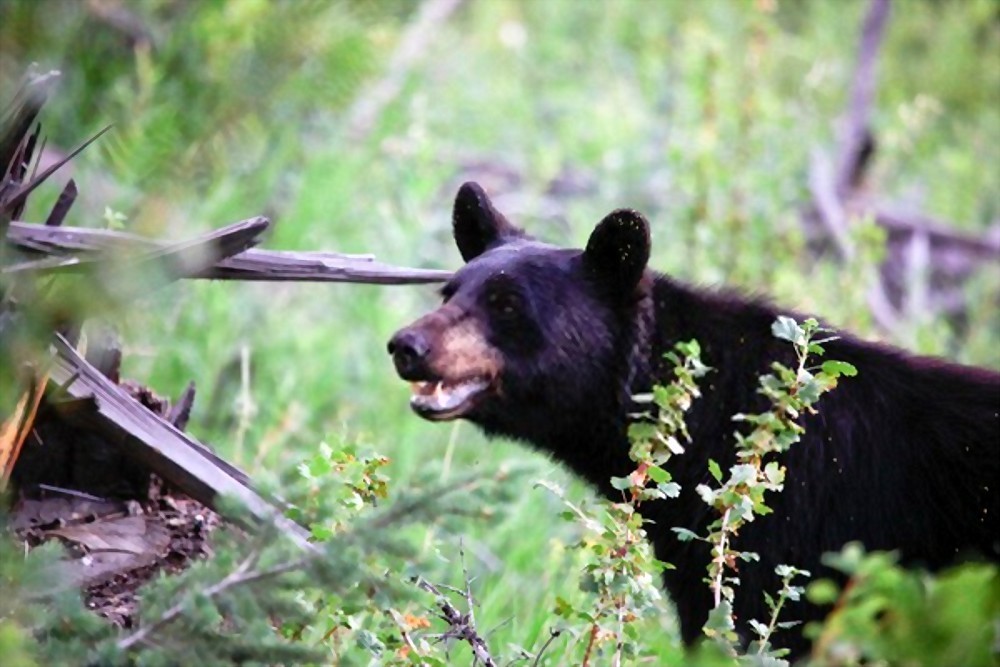 Where to Shoot a Black Bear With a Rifle: Strategic Hunting Tips

A lot of black bear hunters aspire to shoot down their game successfully and, hopefully, in one clean shot. While it’s possible, it does take a lot of practice and knowledge in making sure that happens! Because of this, one of the many questions asked is on where to shoot a black bear with a rifle.

This is where learning about bear anatomy and the right target practice is extremely helpful. But where can you start and how can you make sure you have a clean shot? Read on as I show you where to shoot a black bear with a rifle and more tips you can follow.

Where to Shoot a Black Bear With a Rifle

When hunting bears, you see that the bear anatomy's slightly different. There are a few things to consider and understand before you create a strategy to bring a black bear down! Here are helpful tips to make a successful shot:

1. Get a Double-Lung Hit

Bears are always moving, especially when hunting over bait, and because of our predatory instinct, we think that we need to act quickly. Because of the impulsiveness to make a shot fast, it can cause misses or poorly-made shots that have your target run away.

Make sure that you take your time and think clearly, going for a double-lung shot. Heart shots are overrated, fo for broadsides or slightly quartering shots instead, which kills animals quicker, especially target targets like the bear.

Bears are difficult to track using a blood trail since their long hair and fat would soak up their blood that was supposed to be on the ground to follow. Besides this, they usually inhabit thicker and denser bushes, which makes tracking difficult.

When shooting, prioritize to get entrance and exit wounds. For a rifle, shot bullets that maximized penetration over expansion. To do have a better chance at the pass-through shot, the bear needs to be broadside for it to die quicker and make tracking less of a hassle.

3. What’s a Middle of the Middle

What’s the middle of the middle? To put it more specifically, it means you’ll be shooting towards the bear’s back edge of its lungs, directly at its liver. I recommend that you aim it a bit closer to their shoulders without the target hugging tightly.

This is a good target because of its greater margin of error. Furthermore, the bear shot in the front section of its guts would die quickly. Aim at the middle-mass of their body cavity, about five inches from a broadside bear's shoulder. BUT, don't penetrate its front shoulder, stay away from that area.

If you're hunting deer, you know that the low and tight part on the shoulder is a successful shot. This is because of deer drop once they hear a shot.

However, with bears, they don't have a similar flight response to deer, so if you aim low, it might have consequences. Because bears have thick layers of fur and fat on their stomach, its silhouette is deceptive. That's why it's better to avoid shooting too low and going for the chest cavity.

Bears aren’t as big as they look, so aim at its middle mass than its periphery!

Even if you're near your target, there will be times you blackout and can't find the specific target on the body. After all, when zoomed in using a scope, all you find is black fur and nothing to distinguish a specific body part! This makes it difficult to see where you're aiming, which can risk you taking a bad shot.

So what do you do? You stay patient, rather than to be confused OR take a shot without a target in mind. Pull your eyes away from your scope, or to look at the bear using the naked eye. You’ll be able to get your bearings if you focus and take a bit of time looking for where you’re supposed to aim.

Still want to delve deeper into shot placements when it comes to hunting big game? This helpful video can show you insightful tips:

After putting so much effort into getting within a shooting distance of black bears this hunting season, you also need the confidence to make that shot. Having shot placement strategies will play a huge role and as long as you target it correctly, you can bring them down. Remember, it’s not just about shooting the bear, but the body part and angle you shoot it from!

I hope this article on where to shoot a black bear with a rifle helped you out! So start following these tips for successful hunts ahead.