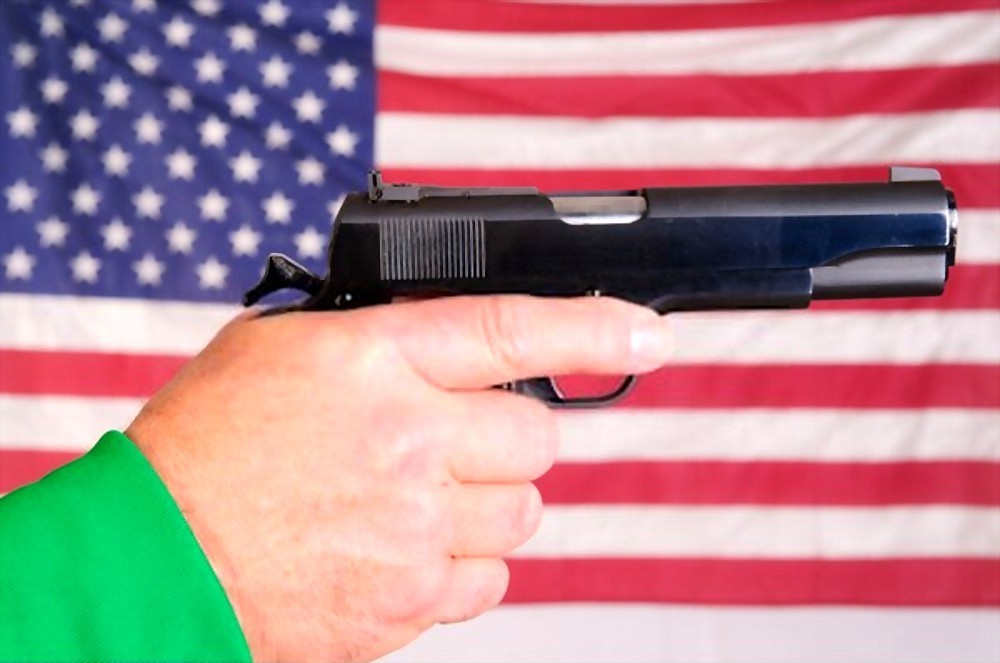 The .45 ACP vs Black Bear: Effective or Not?

Whether you’re bear hunting or defending yourself against one, people often wonder about the type of weapon they can use. One of the most common debates is the .45 ACP vs black bear, with people either thinking that it will or won’t knock them down.

So I decided to weigh into the debate and share my opinions on the .45 ACP and if it can hurt or kill a bear. Read on as I show you how effective a .45 ACP is against bears.

The .45 ACP vs Black Bear: Effective or Not?

The .45 ACP (short for Automatic Colt Pistol) is one of the most reliable calibers available on the market. This weapon goes a long way back, being used as the official sidearm by the United State Armed Forces until the 80s!

Today, it’s being used as a self-defense gun with its stopping power and overall power and design. It’s a great weapon against two-legged predators, hence its popularity for home use. But is it effective enough against a bear?

When using a .45 ACP to defend yourself against a bear, it CAN work. However, it won’t be as effective as one would think. It CAN take down small bears, but only if you took a really good shot, such as on the eye or heart.

There are some reports and news about people using .45 ACPs against bears, shooting it at least five times before it created enough damage to kill or hurt the bear. This is because the bear is a heavyset animal, so the .45 ACP’s power won’t be able to match the size and weight of a bear.

Note that the .45 ACP utilizes 230-grain lead bullets in tapered cases. It has a muzzle velocity of about 830 fps (feet per second) with a muzzle energy of 355 ft-lbs (foot-pounds). This isn't enough to stop a bear, as even higher velocities and energies of 1140 fps and 525 ft-lbs (respectively) aren't enough!

More successful guns include the 9mm or .44 magnums, which can hurt or kill a bear in case it charges at you. You CAN use the .45 ACP as a backup, but it’s best to equip yourself with stronger weapons.

Go for a .44 Magnum, Glock 17 9mm, or a .357 Mag, which offers a powerful punch and can penetrate through the layers of thick fur and skin.

Read more: Need the Best Shoulder Holster for Hunting? Here are the 5 Best Ones!

If you want to learn more about how the .45 ACP can help for bear defense, check out this cool video:

The .45 ACP is a good handgun to carry, but it’s a hit and miss for bears. I highly recommend it for self-defense and protection, but as a hunting weapon, it won’t be as effective as other guns. The next thing to learn about is the type of weapons you do need to invest in, according to your goals!

I hope my article on the .45 ACP vs black bear gave you an idea of what's effective or not. So equip yourself with the right defense weapons for hunts and your protection now.