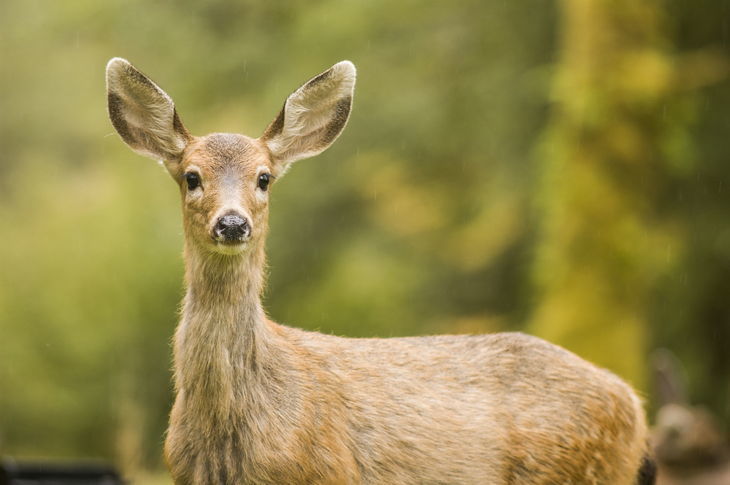 What Sound Does a Deer Make? Four Sounds You Need to Learn

When it comes to hunting deer, you shouldn't only be aware of where to hunt and what tools you need to invest in, but on the game itself. You'll need to understand how deer act and the way they move. And yes, even the way they sound is an important thing you should learn about, as it helps you understand and detect where they are. But the question is: What sound does a deer make?

I'm sure that even those who don't hunt are curious to know what they sound like. So from their basic sounds down to the way they communicate, read on as I show everything you need to know!

Why Do You Need to Know What Sound a Deer Makes?

Why does it matter to learn about the sound of a deer other than to cure your curiosity?

When you're hunting, you will hear various sounds animals make, which has you confused as to where you should position yourself to hunting. To identify the exact sound of a deer will help you isolate your target and know where to go.

Read more: What Does a Turkey Sound Like? 10 Different Calls to Know About! Plus, since deer also make different sounds according to how they feel or what they are doing, it's best also to identify these, so you know what your next move will be, whether they are set to move or sit still in a designated area.

Just like investing in bow stabilizers or learning how to hunt on elevated stands, learning all about your game is important as well because you can never predict the way they move until you can know the way they sound and how they move.

What Sound Does a Deer Make?

Now that you know it's important to know what sounds a deer makes, the next question is to identify the various sounds they make. Here are the four most distinct sounds to take note of:

If ever the deer you are targeting begins to feel like something is amiss or suspicious, then he will start to stomp on the ground and flag their tale. If they are sure that there is danger nearby, then they would snort loudly, keeping an eye around every angle in his area.

The snort resembles a deafening blowing sound. If he does this, then it's most likely that he would run to the nearest herd to alert about their suspicions.

Fawns and would make long bleat sounds to draw attention to other deer around them to tend to any injury or go away from the danger.

Bucks or the head of the herd would make short and loud grunts to exhibit their superiority among the group. It is also a way to urge mating with does, or to challenge fellow bucks to fight. It's one of the most common sounds hunters can hear.

If it is a soft and consistent grunt, then this isn't to show dominance, but as a form of social or contact grunt where deer are talking with each other.

Bucks would usually make the dominant grunt when he notices other bucks around his area. He would make the short and loud grunts to threaten and ward them away from their area, showing them who the more superior one is in the area. It's aggression or provocation. Think of it as someone telling you to "come at me".

The buck tends to do the dominant grunt to follow and pursue their chosen doe. Does would grunt and bleat to seduce bucks, either high or low pitched, short or long sounds.

A buck would make high-pitched and short grunts with wheezes as a form to sweet talk the doe. If they attract their chosen doe, they will make a low-pitched and long grunt then mount on the doe.

Fawns would make bleat sounds, similar to a goat. Bleats mean that the fawns are contented and interacting. Low-pitched whines are usually fawns being fed by the mother doe.

Here is an excellent video showing you the basic deer sounds to help you out:

Read more: How to Find Deer In the Woods: The 5 Effective Steps to Follow

If you're hunting, you should know when to remain undetected and hide. And this is through listening to the woods and knowing when deer come when they make their sounds. It will also help you interact with deer and have you know how they are feeling. That way, you can predict what they will do and evaluate what your next move will be.

I hope that this article answers your question: "What sound does a deer make?" Now that you know what deer sounds like start hunting correctly and listen to their voices to become a better hunter today.

If you have any questions or would like to share your tips and experiences with listening to deer sounds when hunting, then comment down below. I would love to hear what you have to think.