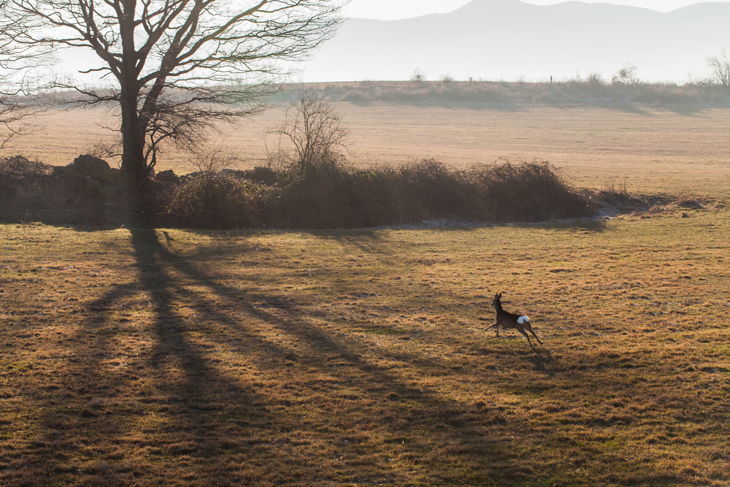 How Fast Can a Deer Run? All the Facts You Need to Know

One of my favorite animals to target and capture while hunting has got to be the whitetail deer. Or any breed of deer! It isn't only because they make a great display when mounted or produce the tasty venison I love, but it's also because it gives me a challenge. Yes, hunting deer can be quite a challenge when they are running and moving around. Have you ever tried hunting running deer or wondered: "How fast can a deer run?"

To help you become more knowledgeable on the deer's speed and what to do when hunting them, read on as I show you all the information you need and more!

How Fast Can a Deer Run? Deer rely on speed to survive not only by hunters but from predators such as wolves and coyotes who chase deer. Again, speed is the essence here, and deer would spring as quickly as possible to escape from any danger. But unlike some of the tastes animals in the world, they are unable to maintain the speed for an extended period.

A deer would run in zigzagging motions and with fidgeting impulses, which is a way to sense and avoid predators from attacking them. Not only that, but they are good at hiding and are excellent jumpers. They can jump as high as seven feet when standing, or a whopping ten feet when running. Deer can bound high as well, as they can cover as much as 30 feet in one leap. When being attacked or chased, a deer would run and lure its chaser to a trail he knows well, or those with a lot of obstacles to slow down whatever is chasing them. Since they are good swimmers, they may also cross through bodies of water.

You will know if a deer is ready to run once they make a distress signal or begin flagging. Deer would raise their tail and show their white undersides.

Their speed and agility are thanks to their size, as they have a length of about 1.9 meters and a weight of 80kg on average. Add that with a lot of practice of running for survival, and you have got a deer that can sprint while following their instincts and cunning wits to outrun predators (including us hunters!).

Here is a video of a deer running to give you an idea of its speed:

So this means that hunters will have to take extra caution when hunting deer. Like what I mentioned, it's a great challenge that I love to do!

Now that you're more familiar with the deer and the basic facts, how can you shoot running deer? While it may be difficult or close to impossible for some, it is feasible as long as you practice and follow these tips:

If you're planning on hunting, then a nice way to begin is through hunting deer. But since we can't always control your movements, you will need to know how to aim and shoot for your running target, which isn't only a challenge with your shooting skills, but it gives you more ways to learn about animal movement and what to expect. That way, you become a skilled hunter.

I hope that this article answers your question: "How fast can a deer run?" Now that you know the answer and more information about deer and how to target a moving one, then utilize what you got from here to improve your shooting skills today.

If you have any questions or would like to share your tips and experiences with shooting moving deer, then comment down below. I would love to hear what you have to think.