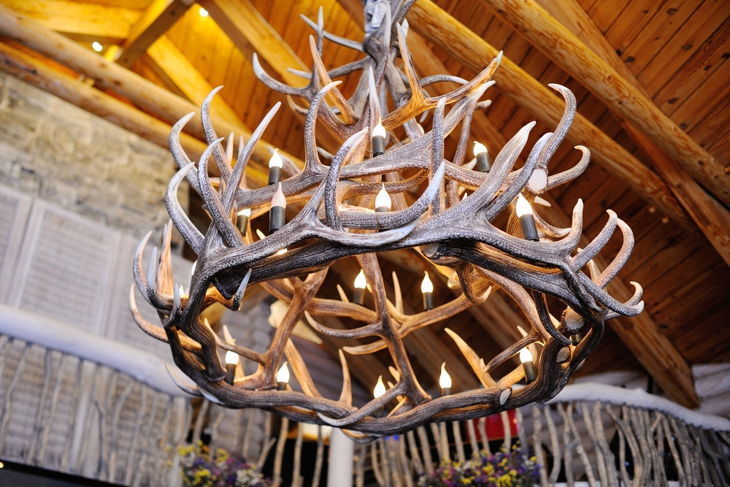 The Proper Way on How to Clean Deer Antlers

One of the popular types of hunting would be deer antler sheds. There are various ways you can get deer antlers, and they can be quite rewarding since you can sell it or have it displayed in your home with pride! But before that, you'll need to make sure that you clean and maintain the antlers well, so you have a better-looking display. What if you don't know how to clean deer antlers, though? It isn't just about wiping them down!

To help you out, read on as I show you how to clean deer antlers the correct way and other tips to maintain its shine!

Where Do You Get Deer Antlers?

Before getting into how to clean deer antlers, where do you obtain them anyway?

What some people don't know is that deer shed their antlers once a year, with the season depending on the area they are in. That's why many hunters hunt for antlers or those who happen to stumble across those that were recently shed and left behind.

Deer shed their antlers in a matter of days, with the process taking about three weeks. They soon grow new ones over the summer, which takes about three to four months. Age will also play a huge role here, since the process may change as the deer grows older.

The reason why deer shed their antlers is that of their testosterone levels dropping, which weakens the connection between its antlers and body. Rubbing it on the trees is also a factor of their antlers falling.

The whole antler shedding process does NOT harm the deer unless it was forced out from a hunter or predator.

How to Clean Deer Antlers

It's important to know how to clean deer antlers because it will help retain its beauty and lengthen its lifespan. What many also don't know about is the process of cleaning the antlers, as there are specific products that can help keep its good looks.

All hunters and collectors should be aware of the proper way of keeping their deer antlers clean so as to improve its worth and have it look great when displayed on their property.

Prepare the following materials when cleaning your deer antlers:

You can follow these steps when cleaning deer antlers:

Step 1: Remove the Antlers from the Skull

If you hunted for deer or purchased a whole deer head, then you should remove the antlers properly by sawing it. Use a hacksaw and target it against the antlers where it meets the skull.

Saw the antlers off, but make sure you hold on to the head, so it won't move and ruin the evenness of your cut. You might want to use a clamp to hold the skull, making this step easier.

If you found the deer antlers or purchased them separately, then proceed to the next step.

Get a wire brush to remove organic material. Clean all parts of the antler efficiently, focusing on the skull cap that meets with the antlers. Concentrate on that area since this is where hair and tissues are.

Wire brushes are better than harder scrubs as they can remove any material without it being too forceful on the antlers.

Fill a pot with water (make sure it can fit the ENTIRE a pair of antlers) and let it sit in a fire pit or stove outside your home. When it reaches its boiling point, submerge the antlers in the pot and leave it for half an hour. Be sure to boil the antlers outside, as it would create a pungent odor.

Boiling the antlers will help remove any form of dangerous bacteria found in the antlers. If you don't have a pot big enough, then you can use prongs to force the antlers underwater, or you can adjust it now and then to boil them evenly.

Take the antlers out of the pot using your prongs. Don't worry about the antlers softening up, as they will harden and return to its normal state after a few minutes.

Let it dry for a few hours. You can air dry them, but don't leave it out under the sun for longer than 24 hours, as the sun would erode the antlers' color. Avoid drying them using heaters, air conditioners, or places with excess humidity.

Once the antlers are dry, you can now disinfect it with water and soap. Be sure not to add too much water on the cloth. The cloth should be damp enough, but not soaking wet. Squeeze it before wiping the antlers down. Too much water would damage it.

When wiping the antlers, use non-abrasive soap. Avoid using any bleach or products that contain the ingredient. Regular bleaching of your antlers would result in more damage. You can use a wood cleaning or polishing product.

Using a towel, rub the antlers until all the dust and other materials are removed. Avoid over scrubbing the antlers, just enough to remove any form of dust and dirt.

After you have wiped and scrubbed the antlers, dry it with a new dry towel, wiping away moisture or any other wet areas. If it's still slightly damp or wet, then that's fine.

Once you're done, you can now display the antlers! They look great now on white walls, keeping a rustic look. You can hang them on plain walls and tie it up with copper wire, or use a mount. It's best to hang the antlers using a screw and not a nail for strength.

And you can now display your deer antlers in your home or sell it quickly! The cleaning process only takes a day or so because of the drying time. But, you can do it yourself without the need for an extra set of hands.

You are only required to boil the deer antlers if you have just acquired them, as it removes all grime and bacteria the deer may have touched with it. You'll need to wipe and scrub the antlers regularly, though. At least once every few weeks is good enough. Be sure to clean and scrub your antlers to retain its look regularly.

When hunting, you might come across deer antlers, which make an excellent display in your home, or even for selling. Keeping them clean and looking shiny will improve its worth and make it the perfect addition to the hunter's home. That's why it's crucial to learn how to clean deer antlers and maintain its shine.

I hope that this article helps you learn about the right way on how to clean deer antlers. Now that you know what to do, why not give your home more of a design and get a pair of antlers today?

Do you have any queries or want to share your tips on cleaning deer antlers? Then comment down below. All your comments will be greatly appreciated.

Popular Posts
Recent Posts
Gears
5 Helpful Wildgame Innovations Trail Camera Troubleshooting to Follow 20 comments
The Ultimate Hunter’s Guide on How To Choose A Gun Safe 9 comments
Where Are Burris Scopes Made? The Surprising Truth Here! 8 comments
How Long Are Deer Pregnant? The Facts You Need to Know 7 comments
How Rare Are the Piebald Deer? What You Need To Know For Future Hunts 7 comments
Chicory for Deer: The Facts You Need to Know and How to Plant It 6 comments
The Best Cold Weather Hunting Boots You Need To Buy Now! 5 comments
How to Bleach a Deer Skull: The Steps You Need to Follow 5 comments
Best M1A Scope Mount: The 5 Best You Need to Invest In Now 4 comments
How To Cook Deer Sausage: The Easy and Simple Guide You Need 4 comments
How to Catch Big Fish from Yachts April 1, 2020
Is It Important for Gun Owners to Take Firearm Training Classes? March 30, 2020
Camping 101: The Guide For The Beginners March 27, 2020
5 Helpful Tips for Buying the Best First Rifle for You March 19, 2020
3 Tips for Taking Care and Maintaining Your Airsoft Gun March 18, 2020
Try These 7 Fantastic Genius Camping Hacks on Your Next Hunting Trip March 17, 2020
Best 8 Games to Play While Camping March 16, 2020
Must-Have Basic Wilderness Survival Skills To Keep You Safe and Alive March 12, 2020
From Gear to Dogs: 8 Rabbit Hunting Tips for Beginners March 10, 2020
What Should I Have In My Hunting Backpack? March 10, 2020
Best Gun Safes 2020 – Reviews & Buyer’s Guide (Feb. 2020) February 19, 2020
Buck 110 Review – an Essential Folding Knife for Your Hunting Arsenal January 24, 2020
Wild2Be Premium 12-in-1 Multi-Tool Set Real Tree Camo Review – Is It Worth the Buck? November 27, 2019
The 4 Best Elevator Brackets for Deer Stands to Add Support and Height! January 14, 2019
The 5 Best Bone Saw For Deer Reviews: Easier Time Field Dressing Now! January 3, 2019
The 4 Best GoPro Bow Mounts For Seamless Footage While Hunting! December 19, 2018
The 5 Best Turkey Decoys to Catch Gobblers Efficiently This Thanksgiving! November 12, 2018
The 5 Best Camera Arms for Hunting: Track Your Game Easily! October 24, 2018
The Best Tree Stand Bow Holder: 5 Awesome Ones For Easier Hunting! October 14, 2018
The 5 Best Deer Hoist (Game Hoist) Reviews for Your Next Catch! October 7, 2018