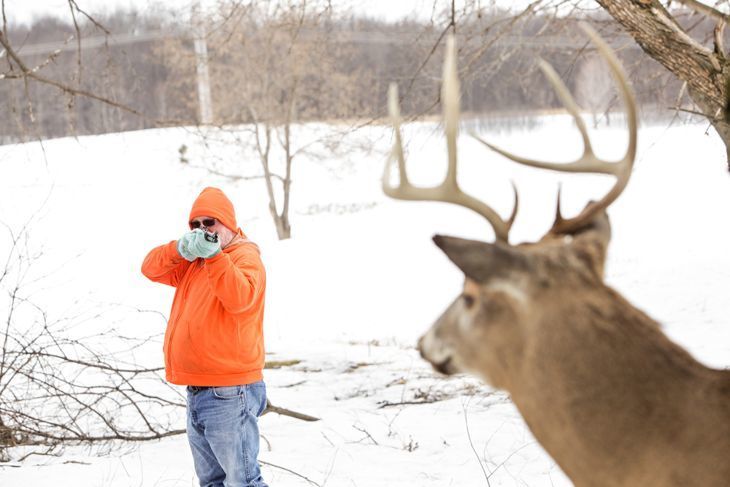 Deer hunting is such an amazing hobby I love regardless of the weather! Sure, there are days when I'm not able to hunt as well as I wanted to. However, you'll be surprised to know that it's very much possible to hunt during the winter.

I tried it once and after that, I started doing it a few times a year because it does have its perks. Have you ever bought of hunting during the snow but don't know how to start? Then read on as I show you what you need to know on how to hunt deer in the snow!

Why Hunt Deer During the Winter

You're probably wondering: Is it actually safe to hunt during the snowfall? Do you actually have successful hunts? 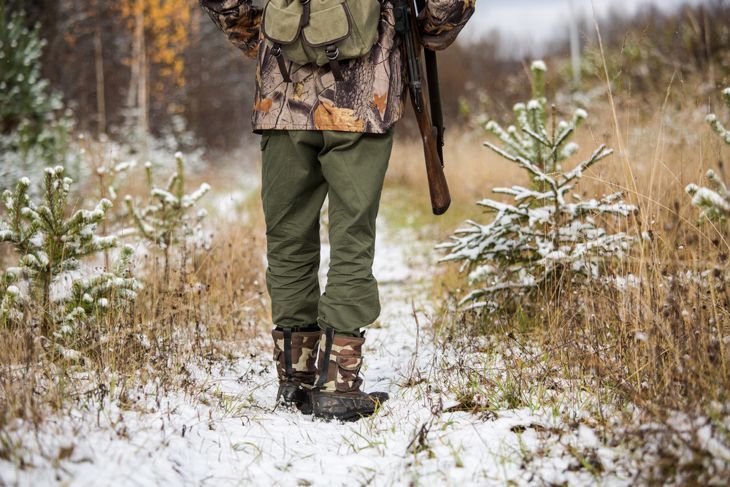 Even I found it shocking to see that there are many benefits when hunting in the snow, such as:

Seven Tips on How to Hunt Deer In the Snow

Hunting in the snow is fun and has its perks, but how can you start doing it efficiently? These are seven effective and informative tips on how to hunt deer in the snow successfully:

For starters, you'll need to know exactly when you should hunt. I recommend that you plan your hunt during the windy weather conditions, which help you stay concealed and reduces the deer's sense of smell. Wet weather and places with wet snow also help affect their sense of hearing as well, as it muffles up the sounds of footsteps or sticks breaking.

Take note that deer hate fog and will be in hiding. If you want to consider still hunting, then stay in areas from the lee side of ridges and heels, as well as stream bottoms or benches under hollers or peaks, especially during strong, cold winds.

Like mentioned above, you'll want to stay in areas where deer would seek shelter or warmth. This is usually in the south or southwest-facing hillsides and benches, which have deciduous trees with light shining through. This is during the cold and clear weather.

However, if it's cold and cloudy, then they will stay in thickets with a lot of brambles and shrubs for wind protection and warmth. They can also be ground in these areas during mid-storm or snowfall, though make sure you stay safe while hunting during these times! 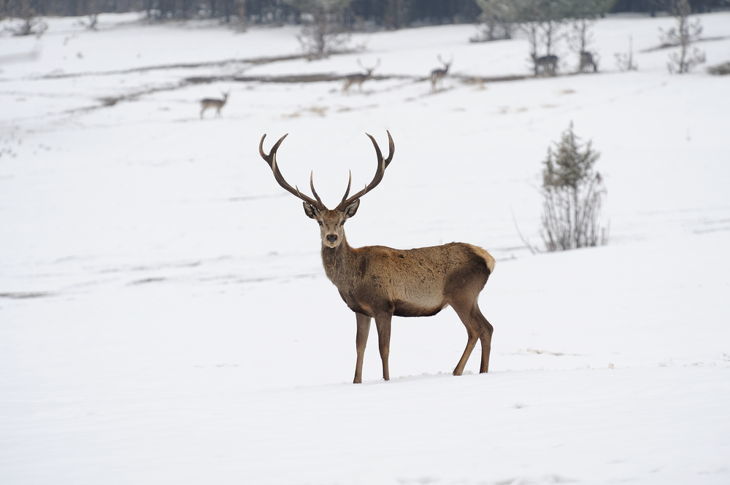 During the winter, just like any change of season, a deer's behavior will change and adapt to the climate. Bucks won't be moving as much during the snow, and they would come out earlier in the morning for feeding.

This means deer you spot are going back to their bedding areas even earlier than expected, which makes morning hunts less effective compared to before. But this also means that whitetails begin to move around and group up for feeding, which can take hours at a time.

The long feeding periods would leave a herd of deer out in the open during late morning hours, so knowing these and how deer act during the cold can help you whip up better hunting strategies during winter.

Like mentioned, a great advantage to hunting deer in the snow is how better you'll be able to track them!

Even if you're not fully knowledgeable about tracking deer, knowing their footsteps can help lead you to feeding spots, traffic pathways, and helps you know how long they were moving for and where they're headed.

However, you need to know more about the tracks, from its depth down to how it looks to know if you're following a fresh track. 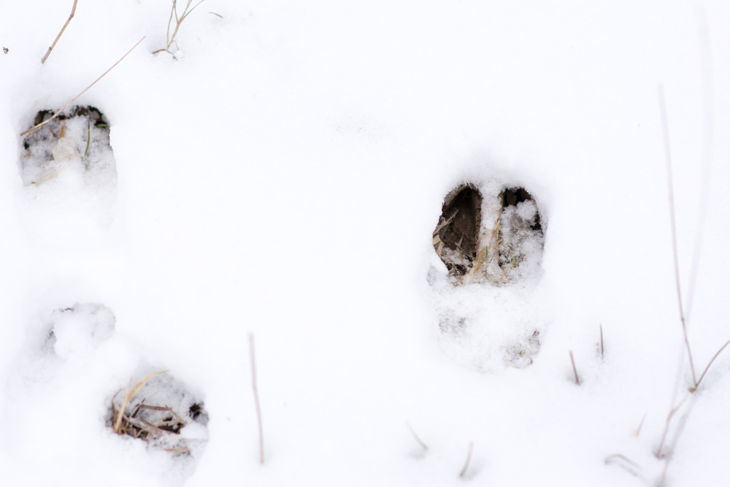 What Do Deer Eat?

During winter time, deer would seek high-carb food sources and fat so they are able to make it through the cold weather. Look out for places that have grains and crops such as soybeans or corn, which deer look out for.

Also, forbs play a huge role as a deer's food source, with deer consuming up to six pounds of these a day. You can find these near deer sanctuaries or thick covers.

Also, they would also look for water sources, which are difficult to find as most of the water is frozen.

>> See more: What Do Deer Eat In The Winter? How to Feed Deer During the Cold

You might think that you're able to move freely around just because it's snowing. But that's not the case! You still need to make sure that you stay concealed in all ways, including your scent. Make sure that you spray scent-free spray before hunting and that you wear camouflage clothes.

Furthermore, reduce the quick and noisy movements. Deer will always be on the lookout for such movements, so move slowly and quietly.

Last but not least, ensure that you prepare for tough shots. Sometimes, your shots are freehand and the best shots you'll make is when you have a tree to rest on when doing so. Remember, shots come fast so you have no time to get into position. So practice your freehand shots even before the hunting day for better precision!

Want to know more on hunting deer in the snow? Here's a helpful video to show you detailed and visual tips:

More Safety Precautions When Hunting In the Snow

Now that we already covered the tips on how to hunt deer in the snow, what are other tips to follow to stay safe while you hunt during the cold weather? Here are some helpful tips and safety precautions to follow:

And there you have it! You don't need to be a master hunter if you want to hunt in the snow. As long as you have the right equipment and strategies that work during the cold, you'll have a successful hunt and a chance to bring home game!

Hopefully, this article on how to hunt deer in the snow gave you an idea on what you should do for effective deer hunting regardless of the weather! So don't wait any longer and start planning your next hunting trip now.

If you have any questions or want to share your tips and experiences with deer hunting in the snow, then comment below. Your thoughts are much appreciated!