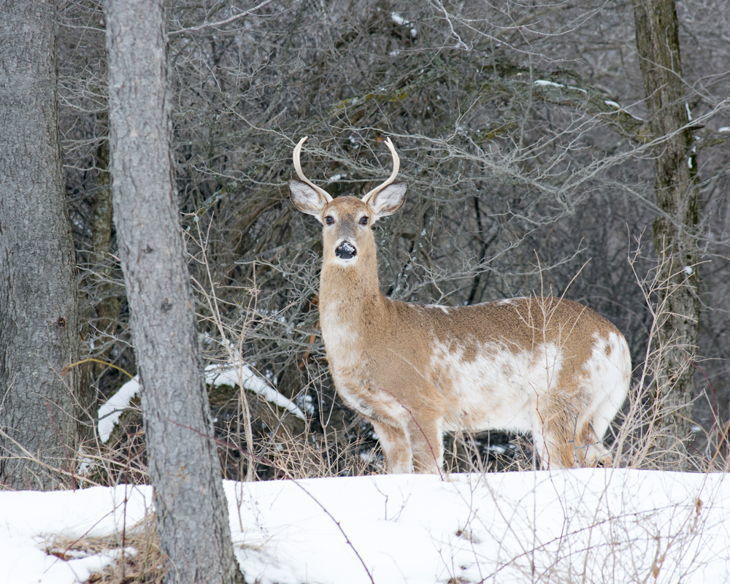 How Rare Are the Piebald Deer? What You Need To Know For Future Hunts

I'm sure many of us hunters focus more on the whitetail deer and are most familiar with this species. But there are many more types of deer out there to scout and hunt, including the piebald deer! But wait! Before you begin hunting this species, let's first tackle the question: "How rare are Piebald deer?" This will help you know if you should target and hunt this species.

So do read on as I show you the information you need to know about the Piebald deer and if you should be hunting them. But don't forget about the right equipment, a scope for elk hunting can work for deer hunting as well. Check out how interesting and unique they are!

What Are Piebald Deer?

Let's learn about the term Piebald. This comes from the word "pie", from a magpie. When you but both together, it means to be "mixed" or "bald".

Piebaldism is a coloring from genetic abnormalities, which results in a lack of pigmentation in patches around one's body. This is a recessive trait. Some Piebald deer would have just a slight amount of white hair found as patches, or it can be all white! Besides their different coat, a Piebald deer would have various issues, such as:

Here is an excellent video showing what the Piebald deer looks like:

How Rare Are Piebald Deer?

Piebald deer are easy to distinguish from the typical deer, but are they rare to see?

The Piebald deer is extremely difficult to find in just about ANY field. Compared to the typical whitetail deer, they are rare but more common than an albino deer. Reports have claimed that there is only less than 1% of piebald deer in the entire deer population, and even less albino deer roaming around in the wild! So when you do happen to see a Piebald or albino deer roaming around the fields, then be sure not to lose it and capture the moment! They are definitely something you don't see everyday while on the hunting fields.

Read more: How to Find Deer In the Woods: The 5 Effective Steps to Follow

Should You Hunt Piebald Deer?

Now that you know the rarity of the Piebald deer, should you be hunting them?

For starters, let's think about the Piebald deer and how they are a "defective" species because of their host of problems. While it may not seem obvious in some Piebald deer, they would usually suffer from scoliosis, arthritis, or other internal problems! This is why hunters find it useless to protect the rare Piebald deer, as it would result in the breeding and passing on the genetic defects to their offspring. Should You Hunt Piebald Deer?

Based on research, hunting Piebald deer will not affect its population significantly. It doesn't damage the deer's population when comparing to hunting whitetail or normal deer.

BUT, with that being said, there are certain factors that should change your mind when hunting the Piebald deer.

There have been myths and legends about hunting the Piebald deer. If you do capture and kill one, then it's known to bring you many bad hunts in the future. Or, it would guarantee your death in one year. Scary, isn't it?

But if you aren't superstitious, the next thing you have to work about would be the state's rules and regulations. For example, Iowa has made it illegal to hunt deer which are at least half-white. Other states like Kentucky would allow it, though.

So before you go on planning to hunt a Piebald deer (if you even see one), then it's best to look up at the rules and regulations of each state. And if you do believe in the stories, then maybe just take a photo of the Piebald deer than take it down.

Discover more: When Do Deer Move The Most? The Facts You Need To Learn Right Now!

And there you have it! The Piebald deer is indeed a rare sight to see, and as it is a birth defect that affects the way a deer would move or live, then there's no reason to protect it. That is unless you believe in the myth that doing so will bring you ill fate during future hunts. Just remember to check your state regulations and follow the rules to ensure that you are allowed to hunt Piebald deer and you're good to go.

I hope that this article answers your question: "How rare are Piebald deer?" Now that you know about this type of deer, learn more about your targeted game like how deer sound so you have a better chance of getting a successful catch today.

If you have any questions or would like to share your tips and experiences on the Piebald deer, then comment down below. I would love to hear what you have to think.