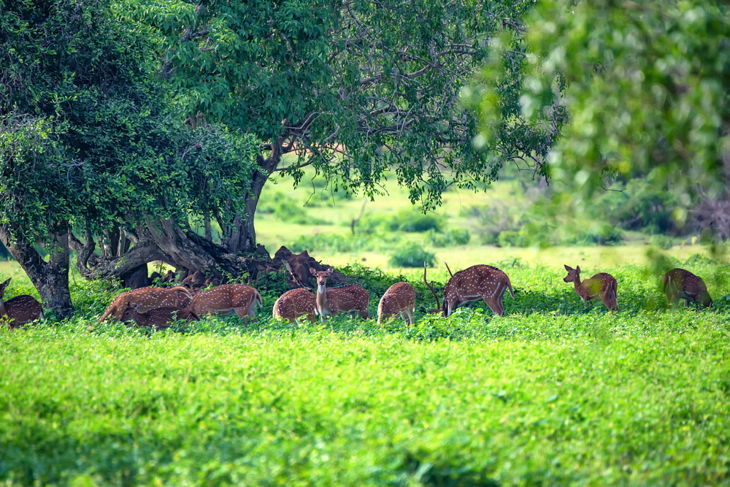 How Long Do Deer Live For? The Surprising Truth Revealed!

Have you ever wondered about the age of the deer you capture? It makes you wonder how long deer would usually live for when out hunting! But because of the many variables that contribute to a deer's life, this can be quite hard to answer the question with confidence.

There are a few factors to look into, but there is an average number to base one! So if you're wondering: "How long do deer live?", read on as I show you the answers to help you become a better hunter, knowledgeable about your game!

How Long Do Deer Live?

If you want a good and clean number (which won't change the different factors), then one must estimate the lifespan of deer who have been held in captivity for reliability. In "The Deer of North America", whitetail expert Leonard Lee Rue III cites that deer in captivity live for almost two decades. Research from the Quality Deer Management Association reports that whitetail deer in captivity can live for up to 18 years, while there are a few who have made it to 23 years old.

Male deer would live shorter than female deer, with reports that only a few can make it after the 15-year mark. This gender and lifespan trend is actually usual for almost all species, including us humans. Data published by United Nations show that women would live around five years longer than the typical man, with an age gap between life expectancy even reader in certain countries.

But what about deer who live in the wild?

Because of deer mortality from living outdoors, deer won't be able to live longer compared to those in captivity. On average, the lifespan of a whitetail deer is around 4.3 years. Males would live for up to 2.9 years, while females can live for up to 6.5 years.

Because of this very short lifespan, those who capture bucks older than three or four years old are considered as trophies!

Discover more: What to Feed Deer Other Than Corn: Healthy Food For Deer!

Here's an interesting video on the lifecycle of deer to help you know more about how they live:

There are different things to look into when it comes to deer, including the way they die. This is to learn the average number of years deer would live, based on their cause of death. These are also the factors as to why deer living in the wild have such a shorter life compared to those living in captivity!

The usual occurrence of auto collisions would account for over a million killed or injured deer every year. Deer who survive would limp off, though there is a bigger possibility of them being pursued by predators around the area.

Healthy deer would also fall prey to predators around their area, with coyotes causing the most predation issues as they are distributed around areas throughout the whitetail range. Studies have shown that there has been 70% of total fawn mortality in South Carolina, with 80% being caused by coyotes.

Just like all other species, diseases break out in many areas with whitetail deer. The most prevalent are:

This is transmitted by biting flies, causing extensive hemorrhaging. It has a high mortality rate and still has unknown treatment, though it doesn't affect humans.

This is a fatal disease that affects the neurological system. It's transmitted through saliva or other body fluids from deer. Again, there isn't any known treatment. When a herd is infected, CWD is difficult to control, almost impossible to treat.

This is a chronic and fatal disease that affects the respiratory system. It's transmitted from exchanging respiratory fluids, typically from coughing or sneezing. Just like EHD, there isn't any known treatment.

And lastly, a deer's life span can stop because of accidents in the forest or just by dumb luck (or misfortune!). Some deer would get hung up on fences, some would break a leg, or they get trapped in tree crotches. There are also other anomalies which occur by accident, killing deer before they grow older.

Read more: When Do Deer Move The Most? The Facts You Need To Learn Right Now!

When it comes to knowing how long a deer would live for, you'll have to see all the factors and not just the way it lives! You'll have to see the percentages based on how they die as well. Either way, knowing these will help show you its lifespan and have you become more knowledgeable about their lifestyle and how to hunt better.

Hopefully, this article answered your question: "How long do deer live?" So don't wait any longer and begin learning more about your game today, like how a deer sounds or what they eat!

If you have any questions or would like to share what you know about deer, then comment down below. I would love to hear what you have to think.

Popular Posts
Recent Posts
Gears
5 Helpful Wildgame Innovations Trail Camera Troubleshooting to Follow 14 comments
The Ultimate Hunter’s Guide on How To Choose A Gun Safe 8 comments
Where Are Burris Scopes Made? The Surprising Truth Here! 7 comments
Chicory for Deer: The Facts You Need to Know and How to Plant It 6 comments
How Rare Are the Piebald Deer? What You Need To Know For Future Hunts 6 comments
The Best Cold Weather Hunting Boots You Need To Buy Now! 5 comments
How to Bleach a Deer Skull: The Steps You Need to Follow 5 comments
How Long Are Deer Pregnant? The Facts You Need to Know 5 comments
Best M1A Scope Mount: The 5 Best You Need to Invest In Now 4 comments
How To Cook Deer Sausage: The Easy and Simple Guide You Need 4 comments
Things to Consider When Choosing a Mosquito Hunting Nets January 15, 2020
5 Great Camping Spots in America You Need to Check Out January 10, 2020
Top Hunting Mistakes To Avoid January 7, 2020
How to Be a Modern-Day Treasure Hunter December 26, 2019
What’s The Most Important Gear For Family Camping December 22, 2019
Is There a Weight Limit for Kayaking? Important Things to Know Before You Buy December 19, 2019
Saltwater Fly Fishing: Three Tips for a Fun and Safe Adventure December 18, 2019
A Guide to Sustainable Traveling: How to Offset Your Carbon Footprint December 13, 2019
First Time Hunters – Tips for Beginners December 13, 2019
Tips On How To Have A Fun Camping Trip December 10, 2019
Wild2Be Premium 12-in-1 Multi-Tool Set Real Tree Camo Review – Is It Worth the Buck? November 27, 2019
The 4 Best Elevator Brackets for Deer Stands to Add Support and Height! January 14, 2019
The 5 Best Bone Saw For Deer Reviews: Easier Time Field Dressing Now! January 3, 2019
The 4 Best GoPro Bow Mounts For Seamless Footage While Hunting! December 19, 2018
The 5 Best Turkey Decoys to Catch Gobblers Efficiently This Thanksgiving! November 12, 2018
The 5 Best Camera Arms for Hunting: Track Your Game Easily! October 24, 2018
The Best Tree Stand Bow Holder: 5 Awesome Ones For Easier Hunting! October 14, 2018
The 5 Best Deer Hoist (Game Hoist) Reviews for Your Next Catch! October 7, 2018
The 5 Best Deer Blind Heater Reviews: Stay Warm While Hunting! October 3, 2018
The Five Best Salt Block For Deer Reviews: Keep Deer Healthy Now! September 26, 2018