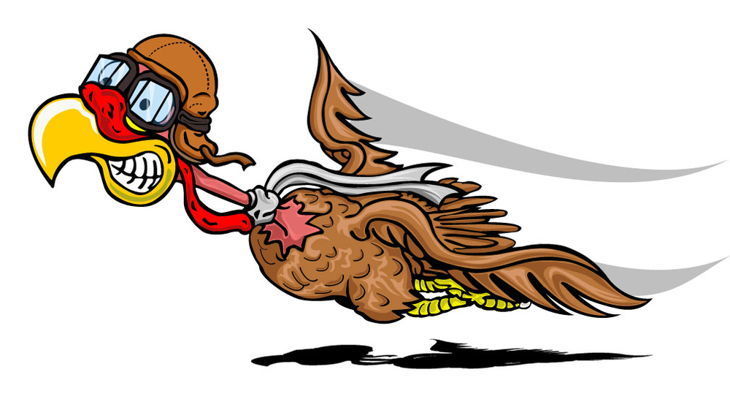 We know so many things about turkeys, from their mating season down to how to effectively hunt and dress one. However, there are other facts we should look into when hunting turkeys, as this can be a crucial factor as to how we can capture them efficiently! One of the questions we ask is, "can turkeys fly?"

Not a lot of hunters actually know the answer to this question! Heck, even I didn't know until I saw it myself and did some research.

So if you're wondering if turkeys can fly, read on as I show you the answer and other tips on hunting these animals.

The short answer: YES, turkeys CAN fly! It's surprising because people presume that because of their shape and weight, they're unable to take flight.

After all, these creatures roost in trees, so how else do you think they get up there?

However, this fact only pertains to wild turkeys. While turkeys are really meant to fly, those that live in farms, or domesticated turkeys, are grossly overfed to cater to families who'd like to have them for dinner!

The reason why turkeys were presumed not to fly is because they are usually on the ground. These creatures, though able to fly, don't do it often because of their large and muscular breast. Its power-to-mass ratio diminishes as they get larger, which results in the inability of flap quickly to keep them from flying longer.

Here's an epic video of wild turkeys flying so you know what they look like:

How Long and Far Can They Fly For?

Turkeys rarely fly, spending most of their time on the ground because of their muscular form and shape. And when they do fly, they don't look as graceful as an eagle soaring or the flight of a hummingbird. But at the very least, they can lift off from the ground and to trees.

They spend more time with their powerful legs because of their splayed legs, offering great circulation for sustained running. Their wings, however, are able to flap rapidly but only for brief extensions. Meaning, they do not fly for as long as other birds. This is because the glycogen (energy used for flight) uses up very quickly, similar to using nitro fuel for drag racers.

Turkeys are able to fly for only up to 100 yards at the most, usually even less than that. When on escape mode though, they are able to fly for several hundred yards. It truly depends on the situation, though opting to use their leg power first, if possible.

These creatures can fly at speeds of up to 55 miles per hour, in short and powerful bursts. As for running, they are able to run for up to 25 miles per hour for longer times, which is enough to escape from predators (and hunters like us!). Turkey flying over a fence

How to Shoot Flying Turkeys

Now that you know all about how turkeys can fly, what are tips on how to hunt them? In case they're on the air or trees, here are tips to follow when hunting airborne turkeys:

Discover more: The 7 Effective Ways on How to Go Turkey Hunting In the Rain

And there you have it! While turkeys aren't able to fly for far and long, you'll be surprised to know that despite their heaviness and feathers, they CAN fly! And as long as you're prepared for their unexpected flights, you'll know how to successfully capture them for your next Thanksgiving dinner.

I hope that this article answered your question, "can turkeys fly?" Now that you know about this fun fact, start checking out more insightful tips and things to know about this creature now.

If you have any questions or want to share your tips and experiences with flying turkey, then comment below. Your thoughts are much appreciated.