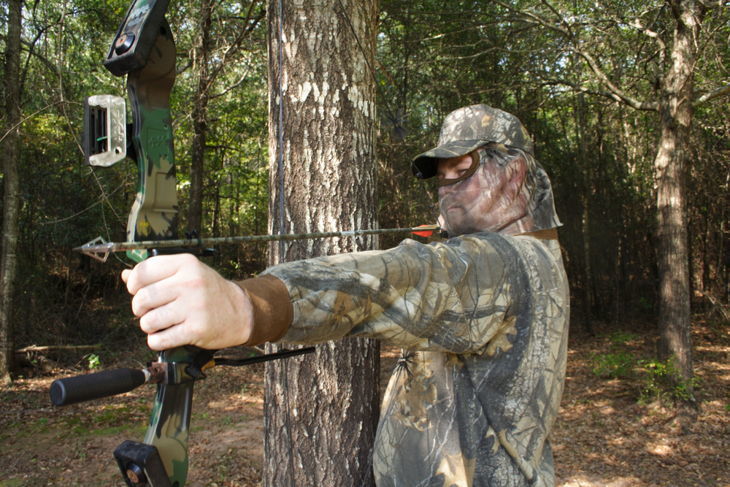 Where to Shoot a Turkey With a Bow: What You Need to Know to Get the Sure Kill!

Bowhunting turkeys give me such a thrill and is very fun to do! However, I do have some problems when it comes to shooting and aiming because just like deer hunting, I need to make sure I hit it right to avoid breaking anything that can ruin the meat!

It can get quite difficult to know how, which is why you need to learn all about where to aim to get to the kill zone without destroying anything important to get! That's why I had to learn how to aim right and know where to shoot a turkey with a lightest compound bow.

The Importance of Knowing Where to Shoot a Turkey 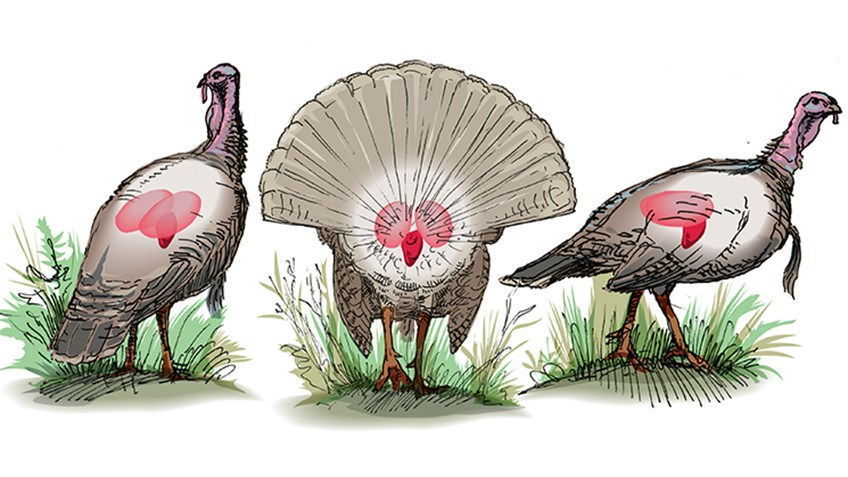 You're probably wondering: Why is it so important to learn where you need to shoot a turkey? Some hunters who just begun usually think that shooting them anywhere will get them the sure kill, but there are actually a few benefits and reasons as to why you need to know how to bow hunt properly!

Ensure the Sure Kill

This is probably the most important reason why you need to learn where to shoot the turkey! You don't want it still living when it falls, which ends up with you celebrating your victory too early. As a result, you have an injured turkey that runs away, which lessens the chances of a successful hunt (and no one wants that)!

Prevent Them From Running

The problem with turkeys that get injured instead of shooting them for the kill is that they're difficult to track if they run away. Since they don't bleed as easily as deer, you won't be able to find the blood trails they leave. Plus, they'll run away very quickly if hit, with the rest of the flock taking cover, lessening your chances of waiting for your next big catch.

Don't Destroy Anything Inside

If you hit the turkey in a wrong area and if they do get killed, it can affect the meat inside. The arrow and its particles may break in the turkey, making it difficult to dress and remove its dirt. As a result, you won't be able to have some turkey for dinner!

Where to Shoot a Turkey With a Bow

Now that you know why it's crucial to know about shooting turkeys properly, where should you shoot a turkey with your bow when hunting?

There are actually different areas of a turkey to aim at, which are:

When the turkey is standing erect and with the back to you, then you should aim for the back. Also aim for the turkey's center of its back, which can make the bird immobile and severe its spine, killing it in the process.

Don't shoot the bird while it's feeding or walking, especially with the head down! Wait until the bird is still and facing away from you. 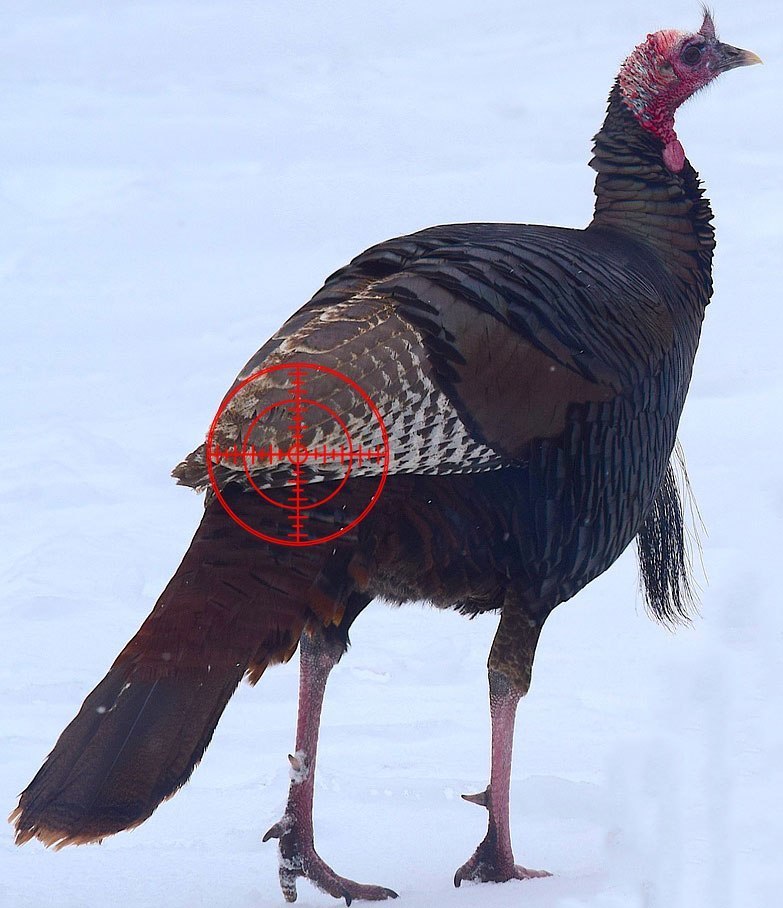 Never try to aim for a turkey when it's facing towards you or in your direction. Instead, wait for it to turn its head, aiming four inches below the base of the neck. This will ensure a broken back and damaged vitals. 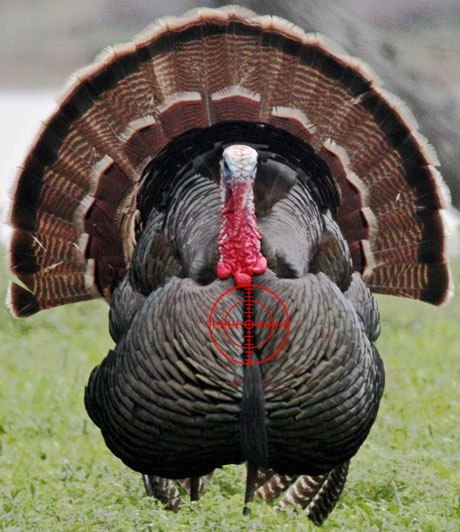 When you're pointed at the turkey's broadside, know where the vital organs are. Aim at the wing joint as I mentioned before, where the line intersects its wing joint. This is where the wings attach to its body, where its heart is located.

Aiming at the head is also another sure shot, which can leave the meat available to process, though this can be quite difficult to do! 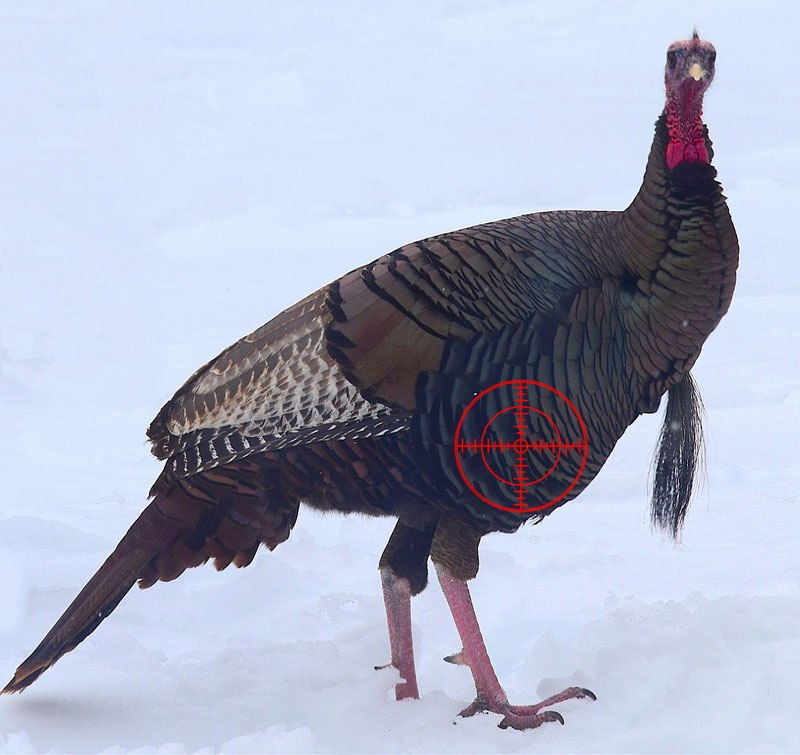 Now that you know where to shoot a turkey with a bow, what other things do you need to know when bowhunting turkeys? Here are some vital tips you can follow and practice for better chances of catching your game!

Want to learn more on bowhunting turkeys? Here's an excellent video showing you how:

When it comes to bowhunting turkey, you need to make sure that you know where exactly to aim for and where to shoot! That way, you have an instant kill without the risk of having to chase after it or destroying the meat which can be used for your next dinner.

Hopefully, this article on where to shoot a turkey with a bow helped you learn the bowhunting basics. So start checking out more facts on the turkey to properly attract and hunt them today!

If you have any questions or want to share your tips and experiences when bowhunting turkey, then comment below. I would love to hear what you have to think.