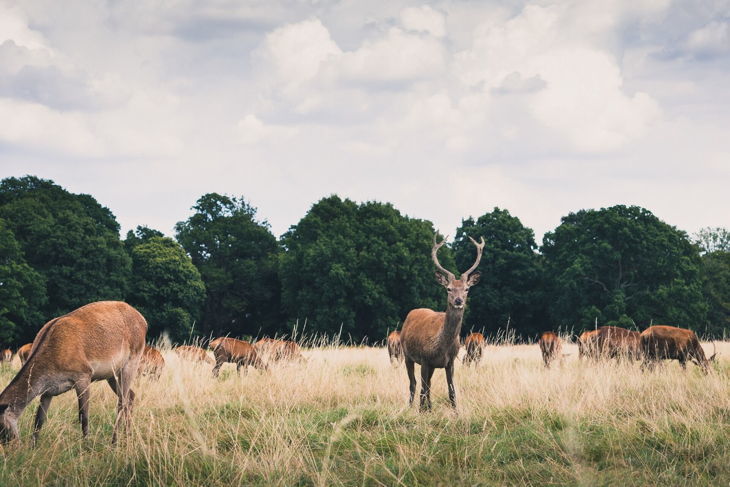 The Best Deer Hunting Times: When Should You Go Hunt?

Even though planning for deer hunting season can take up much of the year, the general season might only last several weeks, with archery-only season extending a month or so longer. Therefore, you’ll want to be prepared when opening day comes and know exactly when each species is available for hunting.

In many states, deer hunting season coincides with the rutting period that occurs just before mating season. This is when bucks produce the most testosterone and become laser-focused on breeding. It’s also the easiest time to hunt them, as their drive to find a mate makes them less likely to notice humans. In this article, I’ll show you the best deer hunting times so that you can improve your deer hunting success.

The rut signals the start of the breeding season; as the days get shorter, hormones are released that send the buck into a flurry of activity (rubbing antlers, fighting, herding does) that makes him an easier target. Some hunters believe the rut is influenced by the phases of the moon, but overwhelming evidence points to it being controlled by the length of day.

For any given location, the length of each day remains the same from year to year, so the rut should always start around the same day. It will last for a couple of weeks, and then proceed into the breeding period. During this time, bucks are said to be “locked down” with their mates; it’s a period of time when they are less active and hunting them becomes much more difficult.

How Long Are Deer Pregnant? The Facts You Need to Know

The timing of these activities is much more exact in northern states, where harsh winters force does to give birth in the spring when there’s more food to eat and temperatures warm enough for fawns to survive. In southern states, breeding occurs over a longer time span, and thus the rut is not as exact.

In any case, you’ll want to be ready when the rut begins, as this is when you’ll have the highest likelihood of filling your tag. It’s also the most popular time to hunt, and the deer population will quickly start to dwindle as other hunters fill their tags. Whitetail deer are the one of the most common game animals to hunt. Their adaptability to the environment makes harvesting them a challenge, their meat is some of the tastiest, and their rack makes a classic mount for your home.

Whitetail season starts the second week of November in most of the country, a week later in Texas, and a month later throughout the Deep South. Wildlife management strategies differ by state; many choose to make their Whitetail season correspond with the beginning of the rut, though some do not.

Regulations involving Whitetail vary and should be carefully examined before planning a hunt. You will almost certainly need a permit for hunting on public or private land, and applications for popular locations are due months in advance.

Read more: Hunter’s Guide To Cooking Deer: 8 Tips To Make The Most Of It The Axis Deer is native to India, but has more recently become a popular game animal in Texas. It was originally imported for use on private ranches back in the 1930s, but found its way into the wild in subsequent decades.

While mating season is a bit more fluid in the warm Texas climate, Axis bucks are most actively rutting during the month of June. In Texas, as they are considered a non-native exotic animal, Axis Deer can be hunted at any time of year on private property, and there is no bag limit.

Axis Deer can also be found in Hawaii, where they are also non-native, and special weekend hunting sessions are permitted from February through May. Originally native to Europe, the Fallow Deer introduced to Texas game ranches during the earlier half of the 20th century, and exists in isolated pockets in other parts of the country. Similar to the Axis Deer, Fallow Deer may be hunted on private property in Texas at any time of year, and there is no bag limit.

The Fallow Deer rut occurs around mid-September in Texas. Many hunters choose to hunt post-rut, as Fallow deer meat can taste a bit gamey, and even more so during the rut when they’re at their leanest. Their antlers are also at their hardest from September to March, making them a great trophy. Native to the marshlands of China, this species is actually thought to be extinct in the wild. But it can still be hunted on a number of game ranches in Texas and Europe. As with the other non-native deer species, Pere David's may be hunted year-round on private ranches in Texas, and there is no bag limit.

For Pere David, the rut occurs between May and September, with their antlers at their largest from June to November. If you want to harvest a Pere David's, summer is the ideal time to take a trip to one of these Texas ranches.

Discover more: How Rare Are the Piebald Deer? What You Need To Know For Future Hunts

Planning deer hunts can be a challenge as hunting season varies from state to state and from species to species. Before you think of donning your camo, you’ll probably want to make a list of the various permits you’ll need to apply for and/or private ranch bookings you’ll need to make. This will keep you organized and ensure that you’re prepared when opening day comes around.

I hope this article answers your question: “When are the best deer hunting times?” Now that you know the different deer hunting seasons you can better plan your next outing.

If you have any questions about when to hunt deer in your state or would like to share one of your favorite opening day experiences, leave a comment down below. I’d love to hear what you have to say!