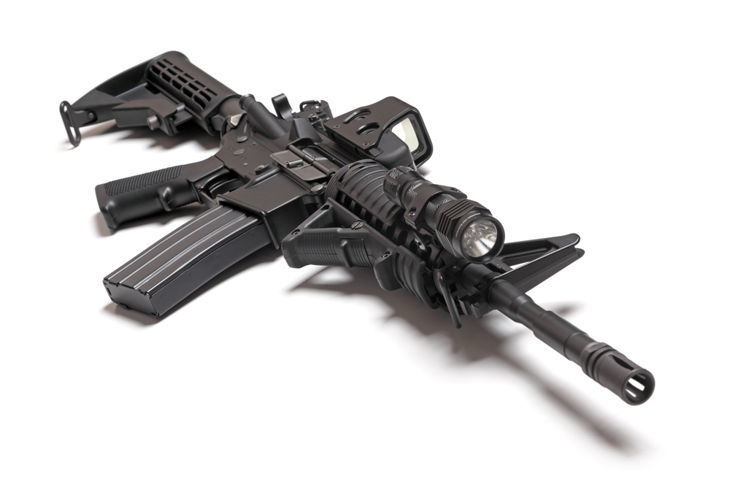 What Does AR Stand For in AR-15: The Surprising Answers Here!

Many of us are already familiar with common rifle names, with AR-15 being one of the popular ones we see! However, do we really know what they are and what they do?

When I started hunting, one of my first questions was, "what does AR stand for in AR-15?" While it does sound like a silly beginner query, you'll be surprised to know that not a lot of people actually know what it means!

A quick Google search will tell you. However, I went beyond the simple answer and will also focus more on what the AR-15 is and how it works. So read on!

AR-15 is one of the most popular rifles across America, but not a lot of people know what the AR stands for! It definitely does NOT stand for "assault rifle" or "automatic rifle"!

Take note that AR-15 is not an assault rifle, as it doesn't have selective fire capabilities. What you're thinking of is the M4, with the AR-15 being a "civilian" version.

What AR truly stands for is ArmaLite rifle. ArmaLite is the company that created the AR-style design of this now-popular rifle from the 50s!

But what is the 15, then? Well, the number is simply the model number of the rifle and nothing else!

A Short History of the AR-15

It all began with ArmaLite, who designed the rifle in the late 1950s but sold it to Colt due to lack of success in sales. Come 1963, the US military chose Colt to manufacture an automatic rifle, which is known as the M-16.

After the success of the M-16 (which became the standard weapon for US troops during the Vietnam War), Colt decided to create a semiautomatic version of this military rifle, which is the A-15 we know today.

Once the company's AR-15 patents expired in the 70s, other gun manufacturers started creating similar models of it. While there are other gun names for it, the AR-15 was so popular that it became the generic term for any rifles that had its style.

Today, there are millions of AR-15s in circulation!

Why Choose an AR-15 For Hunting?

Now that you're familiar with the meaning of AR-15 and its history, the next question is: Why is it so popular and why is it a weapon for hunting?

For starters, I believe it's popular because of its semi-auto nature, as well as the affordability of its ammunition. That way, your hands are always in shooting position and ready to take another shot. These rifles are also great when hunting various types of game, such as deer or varmints.

What makes the AR-15 an excellent hunting rifle is its compact size and weight. It has a vertical grip and magazine, so it's a more ergonomic fit, particularly for younger or small-framed hunters. However, even larger and taller hunters enjoy the grip, as well as its free-floating handguard.

Another feature that makes the AR-15 a good hunting rifle is that it has the detachable magazine, making loading and unloading safe and easy. AR-15 rifle and magazines with ammo

Learn more about what you need to know about the AR-15 rifle here in this video: If you're planning on purchasing an AR-15 yourself, you have to look into your state's regulations when purchasing guns like these.

There are also some states that prohibit the ownership of semiautomatic rifles like the AR-15.

If you do purchase an AR-15, make sure that you get it from legal gun shops. For those purchasing secondhand rifles, it must be from a legitimate source, complete with registration and necessary papers.

Read more: How to Check If a Gun is Clean: The 4 Easy Ways to Do It!

The restrictions of carrying an AR-15 will depend on the state as well. So if you plan to hunt using this rifle, make sure that you look into the state you'll be hunting in, ensuring that it's allowed to carry one.

By being familiar with weaponry used for hunting, you'll be able to narrow your search and find the perfect gun or bow suitable for how you hunt. Now that you know what an AR-15 rifle is, do you think it's the best for you?

Hopefully, this article answers your question, "what does AR stand for in AR-15?" If you want to learn more about the different guns and parts, then check out what else Musket Hunting has to offer here!!

Got any questions or want to share your tips on weapons and AR-15 rifles? Then comment below! Your thoughts are much appreciated.