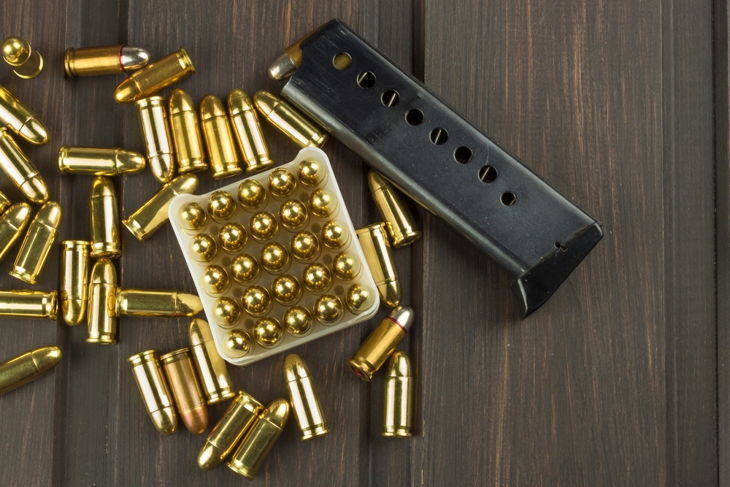 What Are The Basic Parts Of Ammunition? The Answers You Need To Know

When hunting using your gun, it's crucial to learn all about your weapon, as well as the ammunition you use for it. Remember that this isn't like electric airsoft guns with basic ammunition. These are toys for the big boys, which can be proven dangerous or fatal if not handled with properly. And if you want to ensure gun safety and proper handling of your weapon while hunting, then you'll need to know about your gun and its ammunition. But what are the basic parts of ammunition in the first place?

Read on as I show you the basic parts of your gun's ammunition!

What Are The Basic Parts Of Ammunition?

There are five basic parts to take note of: This is a specialized chemical mixture which can burn at a fast rate. This isn't what makes it so impressive, though! The gunpowder will convert fire to expanded gas in a matter of milliseconds. This would allow your ammunition to have quick reaction times when you pull the trigger. It's what also helps fire up the bullet!

Ammunition can have more than two projectiles. Projectiles are what the barrel will release when the trigger is pulled. Basically, it's the bullet, though the bullet is only one part of a projectile. This part of the ammunition has lead, usually used for rifles and handguns.

Another variant of solid projectiles is a slug, which also has lead and is used for shotguns.

This is an explosive chemical, which is responsible for igniting gunpowder when the firing pin strikes your ammunition. The primer is usually found in the middle of the base or the rimfire, depending on what type of ammunition you are using (we will be talking more about the kinds of ammunition in the next section). Without the primer, your bullet will not take off.

This is the container of your ammunition, holding all of the other components together to make sure nothing falls off until the shot is fired. You'll be able to see its case through the shell or outer body. For the case to work correctly, it should have a strong composition, usually made out of steel, copper, or specialized plastic. This ensures that the case will hold everything well and that it won't malfunction when used!

This is a shot and seal container, which is made out of paper or plastic. It's used to separate the slug or shot from the gunpowder. BUT, not all kinds of ammunition contains a wad, only shotshells do!

The was also prevents gas from escaping by separating the shot from gunpowder. This is needed so the bullets will take off from the barrel correctly.

Here's an excellent video showing you more on the parts of ammunition:

There are two types of ammunition to use, which are the center and rimfire ammunition.

For rifles and handguns, then you should use centerfire ammunition. This type of ammunition has the primer found in the middle of the base. They are also usually reloadable.

I would recommend centerfire ammunition because it has more quality and fewer limitations compared to the rimfire ammunition. But that also depends on what you are hunting!

For rimfire ammunition, it is found on the rim of the casing. With this design, you are much more restricted. It's only usable with low-pressure loads and is not reloadable.

Rimfire ammo is limited to smaller calibers. What's excellent about rimfire ammo is that they are inexpensive compared to the centerfire ammunition and it has low recoil, best for beginners or training. But it has its limitations, as well as some reliability issues.

For smaller game, rimfire ammunition will do just fine. It's inexpensive and with less recoil, fit for targeting rabbits or squirrels. But for larger game like deer, then centerfire has more quality and strength. The latter provides better power, speed, and accuracy to take down large game. Furthermore, it's reloadable!

See also: 6.5 Creedmoor vs 7mm-08 Remington: Which is The Best for Hunting?

And there you have it! Through learning more about your gun and ammunition, you'll become a more efficient hunter who can handle his gun safely. It isn't just about practice and training but with the right knowledge as well. After all, how will you be able to know how to use your gun if you don't know what the parts are called?

I hope that this article answers your question: "What are the basic parts of ammunition?" Now that you're familiar with it, begin to learn more about your gun and how to use it safely for hunts today!

If you have any questions or would like to share your tips and experiences on guns and ammunition for hunts, then comment down below. I would love to hear what you have to think.