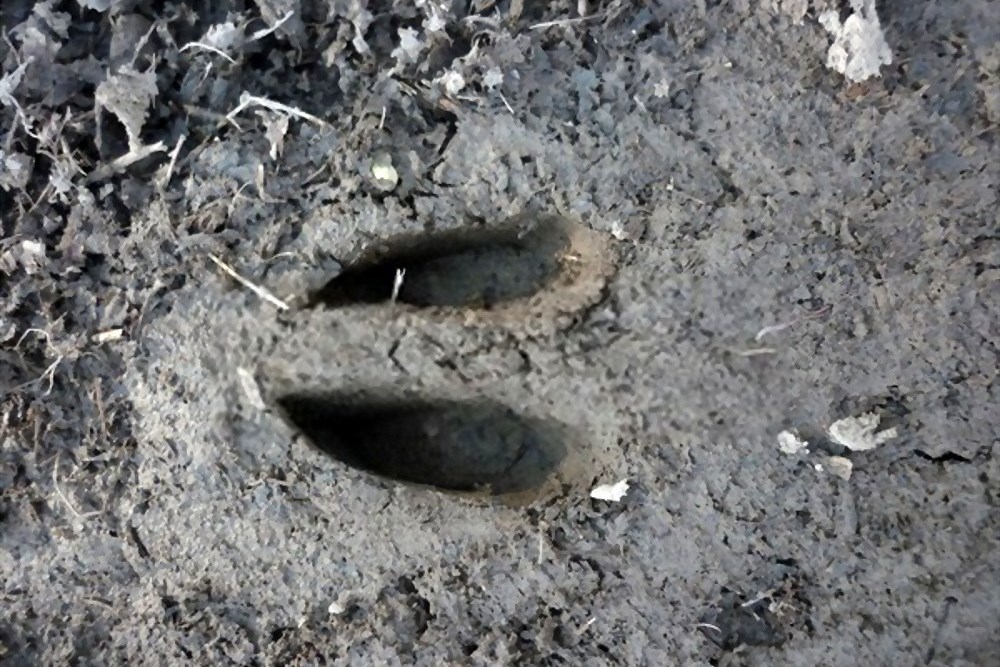 What Do Deer Footprints Look Like? Be a Better Tracker Now!

You’ll be surprised that there are different types of deer footprints to track, which you have to know about! So read on as I show you what deer footprints look like and how to track them properly.

There are a lot of signs deer leave as they walk around, whether it’s scrapes, rails, beds, rubs, or more. This is what we need to watch out for if you want to capture deer and bring home game. Besides this, the most obvious evidence of deer is its footprints.

But what do deer tracks look like? There are a lot of different types of footprints and tracks, depending on the way they walk, as well as the type of deer that passed through. Here are some frequently asked questions on deer footprints to know what they look like, exactly:

The average deer track loss like a split heart shape with its pointed end facing forward. Its size would vary from region to region, as well as the species, age, and gender of the deer. Either way, the split heart shape is one of the most significant shapes of a deer footprint.

But usually, the footprint is two to three inches long when on hard ground. If it’s smaller than two inches, it may be a fawn’s footprint.

Read more: How to Read Topo Maps For Deer Hunting: All The Helpful Tips You Need

2. How can you tell if it’s a buck’s front or hind tracks?

The front track is larger than those made by the hind feet. Front tracks would also sink in deeper, splaying more because of the mature buck’s heavier front end. Knowing whether it’s a front or hind footprint can also help you in knowing which way the deer went.

3. How do you differentiate a running or walking track?

Does the footprint have some debris around its front or does it look slid forward, making it longer and adding splay? You’ll be able to see if it were a running footprint especially if it were fresh, seeing its more “urgent” looking marks, with or without a blood trail. You may even find disturbed leaves around it.

4. Is there a “ridge” of dirt on the hooves’ footprint?

In most cases, you would find a ridge of dirt between deer footprints, which would spread apart as more weight is applied (such as when they are standing). However, older deer would develop feet which would look stretched and turn into a permanent splay because of fo the weight on their feet.

In wet or moist soil, these older bucks would trap chunks of mud between their hooves, which drop as they make footsteps. These hunks are also known as wedgies, which have a more unique shape than the typical deer footprint.

5. What’s the difference between a buck and doe track?

Bucks have larger chests and a narrower rear, while the doe has a larger rear and narrower chest.

Read more: What Does Deer Poop Look Like? How to Check Poop and Hunt the Best

6. What are the ways you can identify the deer track?

You can identify a deer track based on these following factors:

Check out this informative video on reading deer footprints:

To become a better hunter, you need to know how deer look and act like. This includes learning about their footprints, to know where they go and what kind of deer you’re about to hunt down. By doing so, you’re able to have higher chances of a successful hunt and get a few good catches!

I hope this article answers your question, “what do deer footprints look like?” Now that you know the answer, start tracking deer properly during the hunting season now.