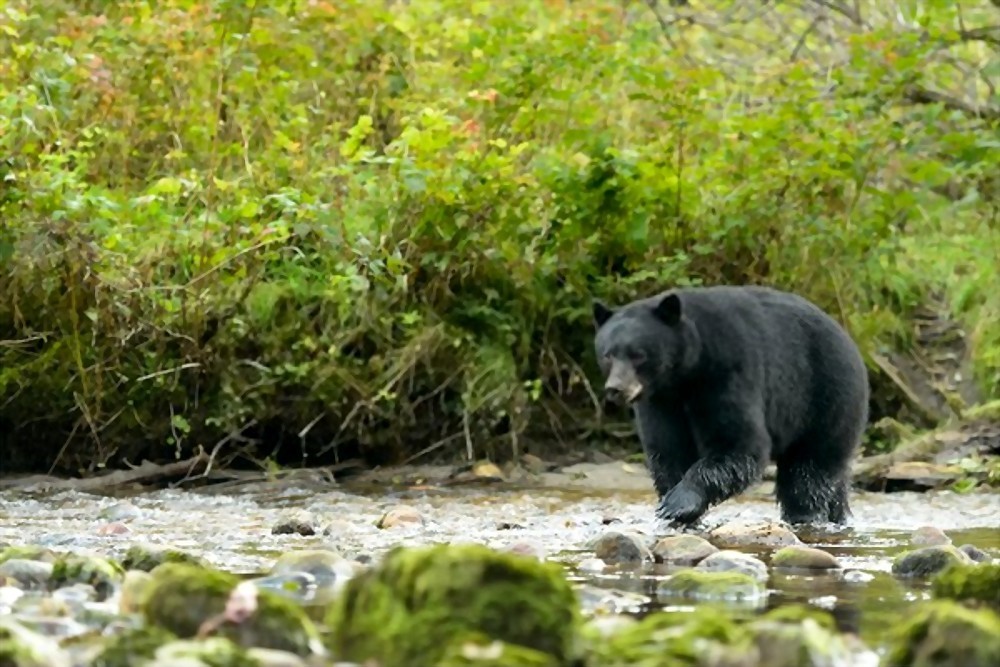 When it comes to hunting, one of the most important factors to consider is what you wear. After all, you wouldn’t want to be spotted by your target animal wearing bright clothes or ones that they’ll easily notice. But wait, do you really need to watch out for what you wear or care about what colors bears see?

A lot of people have wondered, “are black bears color blind,” comparing eyesight to whitetail deer. While there has been some debate over this, I answer your question to help you out. So read on to find out if black bears are color blind or not!

A lot of hunters have claimed that bears have poor eyesight and are color blind. Some people believe this myth because they have excellent senses of smell and hearing, so they don’t rely on their eyes to detect food and predators. Furthermore, they presume that they have similar eyesight to that of a deer, who have slightly different ways of seeing compared to humans.

Well, that's where they're wrong! Bears can see color excellently, comparable to that of a human. Before I explain how they see colors, let's learn how their eyes work.

How A Black Bear’s Eye Works

Bears have smaller eyes but can move freely, unlike a deer, which stays stationary and has to move their head to see its environment.

A predators' eyes, like you and a bear, are made a different way compared to those of prey, such as a deer. Your eyes can move along the lines and focus on one object, with the rest being a bit blurry. The eyes are positioned toward the front of their heads, while prey would have it more to the side.

What Colors Can They See?

As for color, they can see it very well. You can tell it by the position and number of cones and rods in the eyes. Rods would collect light while cones would interpret color. A black bear can see colors on the blue end of the color spectrum clearly, though not as well with reds like we do.

With that said, they can definitely see colors even better than deer, who can't see reds but can see blues and greens.

To be more scientific, studies show that both black bears and polar bears can see color. They can correctly discern between colors, particularly blue and green. The bears who were part of the study concluded that bears can learn colors even quicker than most animals, so don't underestimate the bear!

Bears also have a wider eye slit, which allows them to see more light in darker conditions. That's why you see they have a glow in their eyes when shining a light on their eyes!

As a result, the bear’s eyes can collect up to 50 times more light than our own eyes. So they can see anything better in darker conditions compared to us.

So bears have the equivalent eyesight compared to us humans, though a bit better at the dark. However, that depends! Usually, bears have great vision, while senior and older bears would have degraded eyesight.

Read more: What Does a Black Bear Smell Like? Do They Really Stink?

Are Bears Attracted to Certain Colors?

Now that we know that bears aren’t colorblind, what colors are they attracted to? Some have pondered about bears being attracted to brighter colors, like how we are fond of certain shades.

Studies show that black bears are more attracted to blue pipes used for attaching camera traps compared to the fish bait that lures them to it! This is because they can see the bluer ends of the spectrum better, as mentioned. They are more inclined to look into the colors they can see.

So this can mean two things: Either start incorporating blue colors to your traps (if traps are permitted), or avoid blue if you don’t want to encounter a curious bear!

Does this make bears easier or more difficult targets? Well, that depends! It all boils down to the correct hunting strategies beyond sight, such as the way you dress, where you hunt, and the weapons you use.

Do you want to learn more about bears and their eyesight? Check out this informative video here!

The many myths about black bears, particularly their eyesight and color blindness. Surprisingly, they have excellent eyesight and can see colors well, maybe even better than you do! That's why it's important to consider what you wear, how you move, among other factors to ensure you won't be seen.

I hope this article answered your question, “are black bears color blind?” Now that you know the answer, start strategizing your hunts accordingly!