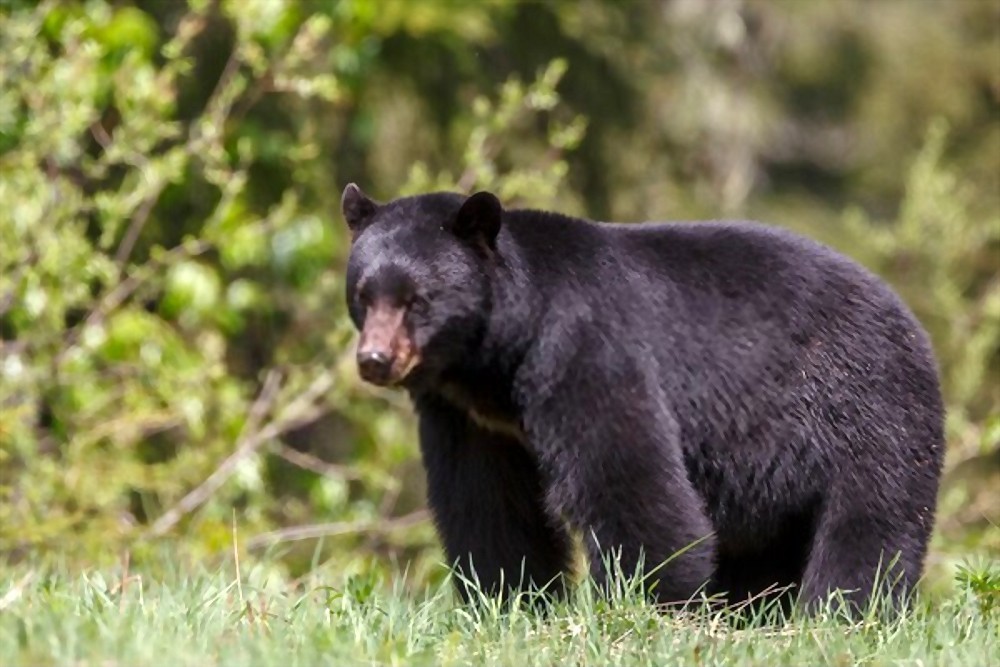 What Does a Black Bear Smell Like? Do They Really Stink?

As I was learning how to hunt bears, I kept hearing everyone comment on how smelly bears can get. It got me thinking, “what does a black bear smell like, exactly?” I just presumed that they had a bad odor, but I decided to delve into the topic and see if that was true or just a myth.

Well, I learned that there were different factors to consider when it comes to a bear's scent and odor. Whether you're hunting bear or trying to stay away from them, read on! I'll show you if you can detect bears based on their smell.

I've either wondered or been asked about the black bear smell. What is a black bear smell anyway? People expect it to be this trashy smell, considering the fact that these animals live outdoors and would pick out the garbage and random items to consume from urban areas.

Well, that’s where everyone’s wrong. A black bear doesn’t have any extremely foul odor to worry about, actually! Here are some typical smells to expect from a black bear:

Bears actually don't have any smelly breath at all. There is no odor, as they typically eat vegetation, berries, nuts, and insects. This gives them a fresh and clean breath.

Sometimes, bears can have bad breath if they were too hungry, resorting to carrion or the trash. Other than that, don’t expect it to smell horrid.

When you encounter a bear closely, you might be surprised by how clean and fresh they smell! If you've encountered a smelly bear, they have most likely rolled into rotten meat or smelled carcasses and bait piles nearby.

Bears smell fresh because they are always clean. They ensure that their feces are away from their sleeping areas and clean themselves up, also licking their cubs daily.

But it gets different during the mating season, which is between May to June. This is because black bears would emit a slightly musky odor, particularly on the back of their necks or the crown. It’s a result of rubbing on trees to mark their scent, with the smell strongest on the mature male bears, still not smelling unpleasant.

You might think that bears would produce foul-smelling feces, but that’s actually not the case! Their feces produce very little odors as long as they consume their usual foods. Note that their diet consists of 85% vegetation, and 15% protein from insects.

But even if they ear garbage or meat, there isn’t much of an odor as intense as a cat, dog, or human feces.

Bears usually bed in different areas outdoors, while some people own them or have zoos as homes, living in dens. Does it smell bad?

It depends on how well it’s been cleaned by their owners!

Kidding aside, a black bear den will usually smell clean and fresh, different from empty holes. There is a bit of a slight odor to tell an animal has been living in, but it's not pungent or something you would gag on.

As mentioned, black bears are very clean and won’t produce much feces during their fasting, lasting for 5-7 months. If they do defecate, they would exit their den or deposit feces away from where they bed, typically near entrances where it would freeze around northern climates. For cubs, mothers would consume their waste products.

If you want to learn more about the black bear and how they actually smell like, this video can help you out:

So no, bears do NOT smell at all unless they’ve gone through the trash or have rolled in smelly substances. It can shock a lot of people, especially the fact that in some aspects, they smell better than us! That’s why it can be a bit difficult tracking bear based on smell, just like deer.

If you’re thinking of identifying or following bears with the sense of smell, I highly suggest not to. Instead, visit places bears would frequent at certain times, or use special lures and attractants if permitted by the state you’re in!

If someone’s ever told you that you smell as bad as a bear, take it as a compliment! Bears actually don’t smell as bad as people say, so don’t expect foul odor from them. However, if they have been picking out the trash, that’s the time the odor comes out!

I hope that this article answered your question, “what does a black bear smell like?” It’s time to move forward with your next strategies based on their smell and to look into different lures and attractants for your catch!