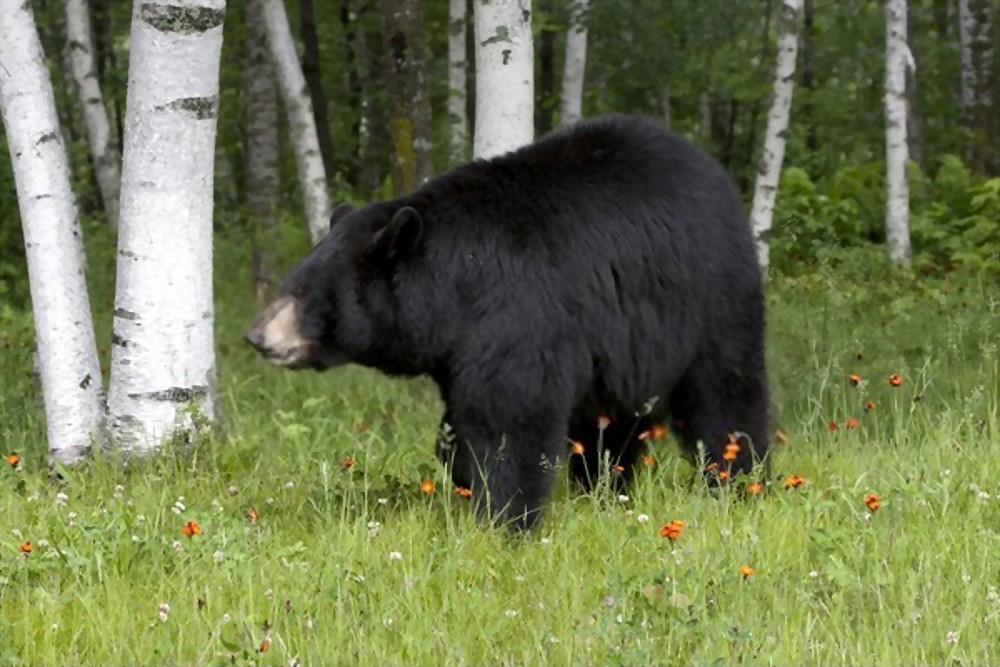 Why Do People Hunt Black Bears? 6 Interesting Reasons Why

Did you know that millions of people have hunted for deer, with only less than a million bears pursued? Well, the numbers are rising and it might be time for you to consider branching out from your usual hunting strategies! But why people hunt black bears in the first place?

Why Do People Hunt Black Bears?

Bear hunting can be either enjoyable or controversial, depending on who you talk to. But as long as your state allows it and you have the permits, you’re able to try it yourself. Here are some reasons why you should try hunting for bear as well:

We can’t deny how iconic and grand a bear is, from their strength to powerful claws. They are abundant and own the widest natural geographic distribution among all North American animals, other than the mountain lion! In fact, they were more abundant in places compared to the whitetail deer.

There are estimates of the bear population being up to 800,000, compared to the 500,000 before the European settlement. That’s a LOT to hunt for!

2. A LOT Of Hunting Opportunities

There are now so many more opportunities for people to hunt black bears today compared to the last generations. This is because the bear population has increased vastly over the years, with states and provinces trying to maintain a balance population with hunting.

With hundreds to thousands of bears roaming around states, you can find and take at least one down while hunting. At least you won’t go home empty-handed!

Did you know that some states are almost begging for hunters to come and bear hunt? A lot of regions actually have liberal bear seasons, such as Idaho, who has both fall and spring hunting seasons. Zone hunters can get two tags, availing them over the counter!

As for Alaska, there is NO closing of hunting seasons, with hunters able to take five bears each! Many states encourage bear hunting to manage the growing population, which is why many people take advantage of it.

Read more: Can I Shoot A Bear On My Property In Virginia?

What’s great about bear hunting is that you can hunt them throughout the spring and fall. But this depends on your state hunting rules and regulations, so make sure to be acquainted with their hunting seasons!

Either way, bear hunting gives you the opportunity to hunt for the even bigger game at various times. You also have a bigger challenge with various hunting methods to use, which are just as diverse as the different regions bear stay in. And when you get your catch, it feels so rewarding, especially with the trophy and meat you'll bring home!

Did you know that up to 85% of the black bear diet is all about vegetation? The rest, to the remaining 15%, is protein from insects. It’s similar to the wild turkey’s diet, and we all know how delicious they are!

Because of this diet, it equates to better-tasting meats. They are also known as a traditional American dish, a delicious one especially when cooked perfectly. You can try slow-smoking various bear meat cuts, and you get a beef-like taste and texture.

And lastly, did you know black bear hunting actually helps with conservation? It’s one of the top reasons why people choose to hunt them! Hunters help maintain healthier animal populations, and if populations of bears aren’t managed, there would be too many to the point deer and elk populations are adversely affected.

Besides this, places with a heavy beer population would have an even higher bear-to-human incident rate. They would run out of food supplies from the overpopulation, looking into private properties for nutrition. This is dangerous for property owners and for the bears, as they consume unhealthy items!

That’s why states have departments that count and estimate animal populations. They will then release limited hunting license sales, maintaining all populations.

Wondering more about how black bear hunting can benefit you and why you should start? Then check out this interesting video:

Who says black bears are not game animals or worthy for one's table fare? There are a lot of reasons why people choose to hunt bears over other animals, so why not get into it as well? You'll be shocked by how much it can teach you along the way, too.

I hope this list answered your question, “why do people hunt black bears?” Now that you know the answer, start planning out your hunting strategies for black bears this time!