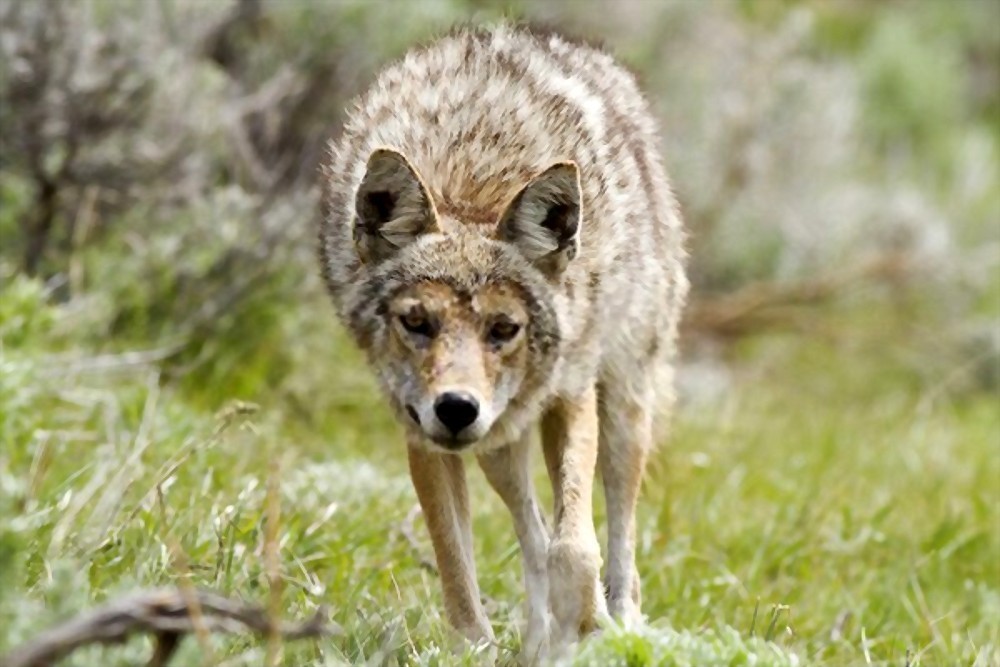 When Is Coyote Breeding Season? The Answers to Learn Now

The coyotes are one of the world's most adaptable animals, a native species are known to many. However, not a lot of people know about their breeding season and when exactly it happens. So when is coyote breeding season, exactly?

This is important to know especially when you plan on hunting coyotes! After all, this is the time coyotes are most active and protective around den sites. So read on as I show you what the coyote breeding season is about and when to expect it.

When Is Coyote Breeding Season?

In the Midwest, coyotes would breed from the months of January until March. This does depend on the state you're in, though! In some areas, coyotes would mate during mid-February, ready to give birth by April.

What does this have to do with coyote behaviors?

Well, when birthing time is near and after birth, which is the end of April, coyote parents will be even more protective of the denning areas. Furthermore, they'll be hunting for food even more.

The levels of protectiveness and activities would rise as the pups begin venturing out once summer comes along. This is why many people, particularly urban residents, would see coyotes during this time more so than usual. It can also mean better chances of hunting down coyotes when out in the field!

That's what makes coyote breeding season a great time to hunt for them. With their protectiveness and more drive to hunt, you're bound to find and aim for one. While this usually happens during birth, it can also happen during the first part of the mating season when the males are more territorial with their girlfriends.

So if you’re wondering when you should time your hunts during the season, I recommend the winter. Coyotes are usually out during the day and it’s common to catch lone males or pairs moving in broad daylight!

Lone males are usually searching for mates, which can take a few miles of walking around. Or, mature coyotes are walking in pairs, sticking with one female throughout the breeding season and after that to raise the pups.

So if you’re planning to hunt for coyotes during this season, I highly recommend that you use male callers. This can call territorial males to your area, wondering who is around or to even show off his girlfriend. Usually, the female would come along with the curious male coyote, so you’ve got TWO targets to catch!

Do you want to learn even more about the coyote breeding season? Check out this informative video:

Learning the coyotes’ behavior and seasons is important for you to learn what to expect from them in the coming months. This can help you become a better hunter and/or protect yourself and property from them. That way, you can plan ahead and create strategies for success.

I hope that this article answered your question, “When is coyote breeding season?” Now that you know the answer, start learning more about coyotes and their behavior today.