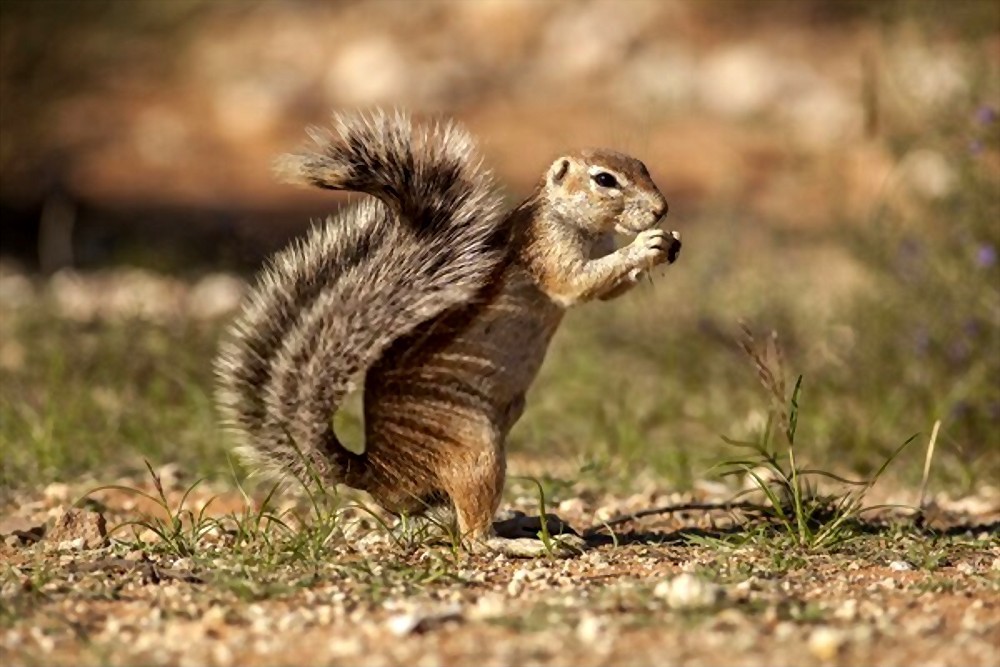 How to Preserve a Squirrel Tail: The Easy Steps to Follow

Beyond deer, I really love hunting small game like squirrels. These small games, particularly squirrel tails, make great displays, bait, or even clothes! That's why when I do get the chance to hunt them down, I try to tail 'em down (no pun intended!).

During long hunts though, I have some trouble preserving them, making sure they’re good for their use once I’m home. I’m sure a lot of you have had the same questions as well, which is why I decided to share my tips on how to preserve a squirrel tail, so read on!

How to Preserve a Squirrel Tail

Squirrel tails need to undergo a process to stay preserved, just like what you would do with deer antlers! This prevents it from rotting and smelling or looking freaky in the long run. There are different methods to follow on how to preserve a squirrel tail, such as:

1. Preserving It With the Bone Intact

Preserving a squirrel tail with the bone intact is beneficial for a couple of reasons. The tailbone can make it easier for people to use the tail when fly tying. Besides this, this method is also easier than preserving the tail without the bone.

Here are the only three steps you have to follow:

Step 1: Cut your tail off from the squirrel’s body. Once you’ve removed the tail, remove all flesh that’s attached to the tailbone. But do leave the bone with the tail.

Step 2: With a handful of borax, rub it around the squirrel’s tail. Make sure that you use enough borax to coat your squirrel tail’s end, the one that exposes the bone.

Step 3: The tail is now processed and preserved. All you need to do is to keep it under a warm and dry area for it to dry out. It will take about seven to ten days, so make sure that the area you place it in is constantly warm and dry, as you shouldn’t remove the tail from where it’s placed.

2. Preserving It Without the Bone Intact

Preserving squirrel tails without the bone is a bit more complex, but it's still possible! It's also a great method because of its many uses since they're mostly used as makeup brushes, baits, or even used in artworks and creations. Follow these simple steps:

Step 1: Cut off the ail from your squirrel’s body, starting from the tail’s underside. Use the tip of your sharp knife and slide it upwards until it’s completely cut off.

Step 2: Run your knife’s tip between the tailbone and skin, cutting the membrane connecting both of then to around 1/3 of the squirrel tail.

Step 3: Once you’ve skinned 1/3 of the bone, you can grab the bone, slowly doing so until the remaining skin is removed.

Step 4: Expose the skin and rub salt on the side. The exposed surface needs to be covered with salt and left for eight hours.

Step 5: Wash off the sale from the squirrel tail and use paper towels, removing any excess water in it.

Step 6: Rub borax all over your tail’s skin and lay it on a board, flesh-side up. Hold corners of the tail in place with nails and rub even more borax.

Read more: Six Helpful Tips On How To Train A Squirrel Dog

Once you know how to preserve a squirrel tail, the next question is: What do you do with it?

There are a lot of ways to use squirrel tails, whether it’s for a hobby or business. Some people don’t only use it for bait or display, but as keychains or souvenirs as well. Hunters like to use it for decoration at home or as a necklace, actually! 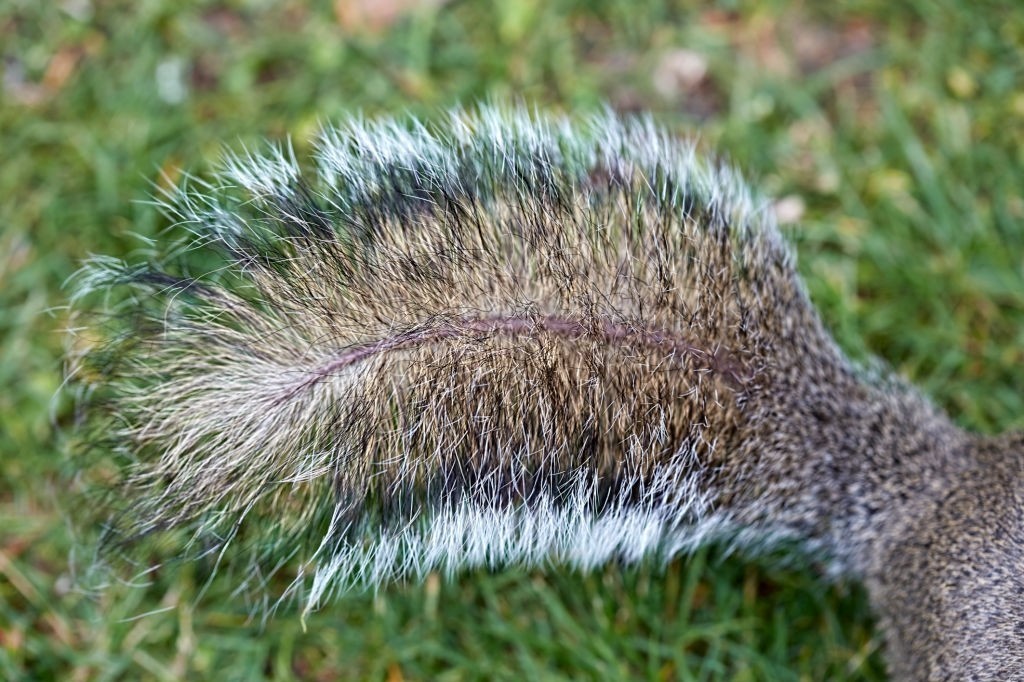 One thing you can do is to sell them, as squirrel tails aren’t readily available in crafts stores or hobby shops. You can even take advantage of the squirrel tails by purchasing them from supermarkets or restaurants selling squirrel meat and preserve it on your own. You can make a profit selling them online.

However, do be reminded that some squirrels are protected by law with its scarcity, depending on the area you’re hunting in. Make sure that you check your state’s hunting laws beforehand to avoid trouble.

Squirrel tails have a ton of uses, which is why it's important to learn how to handle them well. Once you're done following the steps on how to preserve a squirrel tail, you can use it for anything you want or need it to! Now the next thing to learn is to learn how to capture small game accurately.

Hopefully, my steps on how to preserve a squirrel gave you an idea of what to do. So start following my methods to keep a cool squirrel tail for your home or bait now!

Popular Posts
Recent Posts
Gears
5 Helpful Wildgame Innovations Trail Camera Troubleshooting to Follow 44 comments
The Ultimate Hunter’s Guide on How To Choose A Gun Safe 11 comments
Chicory for Deer: The Facts You Need to Know and How to Plant It 10 comments
How Long Are Deer Pregnant? The Facts You Need to Know 9 comments
How Rare Are the Piebald Deer? What You Need To Know For Future Hunts 9 comments
Where Are Burris Scopes Made? The Surprising Truth Here! 9 comments
How to Bleach a Deer Skull: The Steps You Need to Follow 5 comments
The Best Cold Weather Hunting Boots You Need To Buy Now! 5 comments
Best M1A Scope Mount: The 5 Best You Need to Invest In Now 4 comments
The Best Snake Proof Boots For You: Have Safe Feet For Hunts 4 comments
All You Should Know About Hunting & Fishing Power Bikes April 23, 2021
The Rules Governing the Singles and Doubles Ping Pong Game April 18, 2021
A Simple Guide to Buying a Handgun April 15, 2021
How to Pack Eggs for Camping: All You Need Today April 11, 2021
5 Tips on How to Camp with Your Horse April 7, 2021
Brush Clearing Machetes And More: Essential Tools For Your Camping Trip April 4, 2021
What Safety Precautions Should You Take When Hunting From A Boat? April 1, 2021
The Pro Hacks Only Camping Legends Know March 31, 2021
6 Things For Hunters To Do At Home In 2021 March 30, 2021
Top 3 Survival Cooking Methods – Step by Step Guide March 29, 2021
Best Gun Safes 2020 – Reviews & Buyer’s Guide (Feb. 2020) February 19, 2020
Buck 110 Review – an Essential Folding Knife for Your Hunting Arsenal January 24, 2020
Wild2Be Premium 12-in-1 Multi-Tool Set Real Tree Camo Review – Is It Worth the Buck? November 27, 2019
The 4 Best Elevator Brackets for Deer Stands to Add Support and Height! January 14, 2019
The 5 Best Bone Saw For Deer Reviews: Easier Time Field Dressing Now! January 3, 2019
The 4 Best GoPro Bow Mounts For Seamless Footage While Hunting! December 19, 2018
The 5 Best Turkey Decoys to Catch Gobblers Efficiently This Thanksgiving! November 12, 2018
The 5 Best Camera Arms for Hunting: Track Your Game Easily! October 24, 2018
The Best Tree Stand Bow Holder: 5 Awesome Ones For Easier Hunting! October 14, 2018
The 5 Best Deer Hoist (Game Hoist) Reviews for Your Next Catch! October 7, 2018