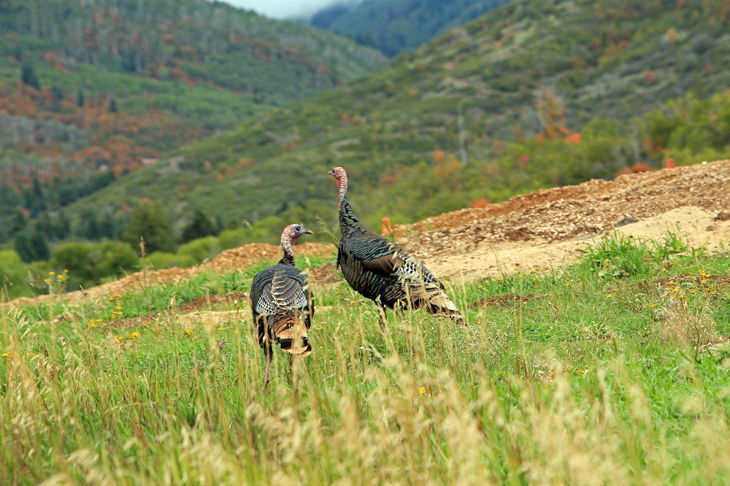 How Long Do Wild Turkeys Live For? Everything You Need to Know!

When hunting for turkeys, we use decoys, strategies, and so many other products to try capturing them. However, have you ever thought about how long they live for and how to estimate their age while you're on the field?

It can get quite confusing because there are so many factors that play into a turkey's lifespan and appearance. And as turkey hunters, it's crucial to know about the factor of our game to give us the advantage in hunting and make it even more successful!

So, how long do wild turkeys live for? I did the research for you and add even more helpful facts about this game to help you out with your hunts!

How Long Do Wild Turkeys Live For?

The wild turkey would have an average life expectancy of between two to three years. But there are cases of some turkeys that live even longer than that, living for up to 15 years!

There's a huge difference between its average life expectancy and the most years a turkey can live for. While you can't predict for how long a wild turkey can live for, there are a few factors that determine why a turkey lives for a short or longer time. I'll be explaining these factors in the next section!

For more information on how long these turkeys live in the wild, this is a helpful video that can help you out:

What Affects the Lifespan of a Wild Turkey

Like mentioned, determining the lifespan of a turkey depends on a few factors, such as:

The Environment They Live In

Besides food and shelter conditions, the weather also has a great effect on survival, determining how long they live for. With good weather, there is a higher survival rate. But if there are more extreme weather conditions, there are lower rates of survival and lifespan for turkeys.

The People and Chances of Being Hunted Down

If turkeys live in hunting fields or areas that are exposed to hunting will obviously have shorter lifespans compared to turkeys who live in other hunting-restricted areas. For people who choose to domesticate wild turkeys, their lifespan will depend on how successful the person manages to raise it.

Female turkeys tend to have a shorter lifespan compared to their male counterparts. Turkey hens would love for about two to three years on average, while gobblers would live for between six to seven years. An image of a young male turkey, known as a Jake, allowing the younger chicks to feed under his watchful eyes on the look out for danger.

How to Determine Wild Turkey's Age

Now that you know about how long a wild turkey lives for, how can you determine the age of the game you're about to capture or already shot? You can tell by four different characteristics:

This is one of the most well-known ways to determine the turkey's age.

Turkeys that are between one to two years old have an amber-tipped beard, while those older have black-tipped beards.

Tail When Fanned Out

A Jake would have middle feathers that are longer than their outer feathers. For turkeys older than a year old, all of their feathers have the same length, including the fan.

Wild turkeys are very interesting not just as a game, but also as an animal to learn about, too! From its large shape down to the nutrition it holds when cooked, you'll want to learn more about them so you're able to know how to hunt and know how old they are when taking aim on them.

Hopefully, this article answered your question, "how long do turkeys live for?" Now that you know more about your game, why not check out more facts and tips on how to hun​​t them?

If you have any questions or want to share more facts about the turkey, then comment below. Your thoughts are much appreciated!