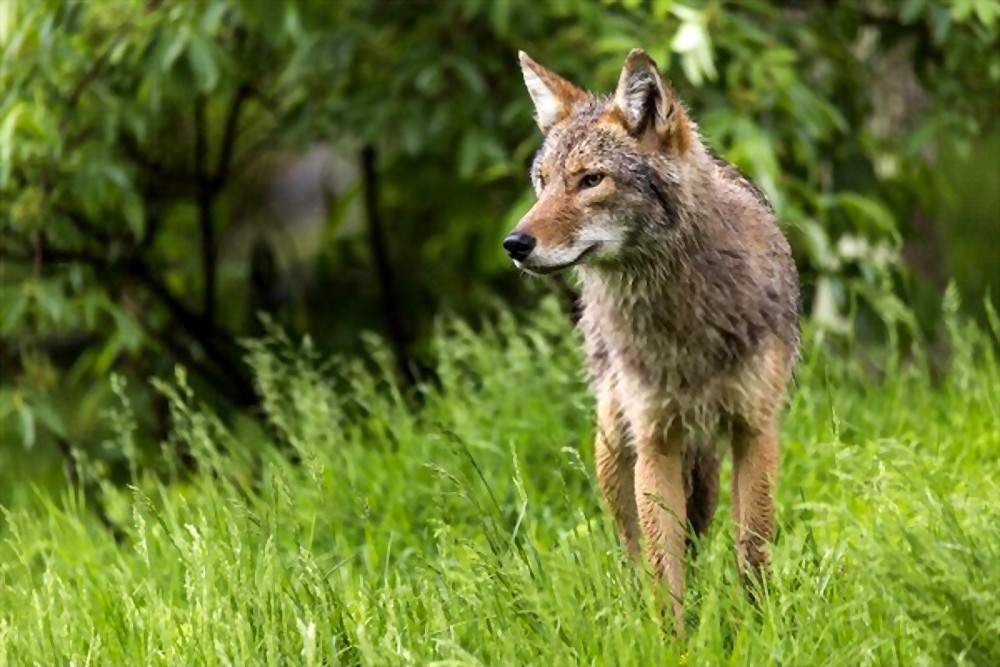 Can You Shoot Coyotes In Florida? What to Learn About Coyote Hunting

If you live around Florida, then you probably know about how the many coyotes there are! It has hunters tempted to hunt not just for deer, but for these predators as well. But can you shoot coyotes in Florida?

With the many varied hunting rules and regulations per state, it can get confusing as to whether or not you can hunt for specific animals. So if you want to learn more about hunting for coyotes in Florida, read on! I’ll show you if you can shoot coyotes in the state and more facts to consider about coyote hunting.

Can You Shoot Coyotes In Florida?

When in Florida, the itch to hunt is there, and if you've seen a few coyotes running around while in the field, you get tempted. After all, coyotes are all around Florida counties! But is it allowed to shoot some coyotes?

Hunting and trapping coyotes are permitted all-year-round throughout the state of Florida, so no worries there! BUT, you'll require a permit from Florida Fish and Wildlife Conservation Commission if you plan to use steel traps. There may also be other restrictions on what traps and attractants to use, which depends on the area of Florida you're hunting in.

You’re able to shoot coyotes and use it for whatever purpose, with the state permitting to possess, transport, and sell carcasses in any numbers. If you’re hunting to use it as a novelty item or trophy, OR just want to prevent any problems with your pets and properties, then you’re able to hunt coyotes down.

But do take note that there are some restrictions as well, such as shooting them in public areas. Under Florida law, you're able to fire a gun within your property as long as the bullet won't escape the property line. This can be a bit confusing if you live in cramped lot areas unless you have your neighbor's permission already.

Now that you know whether or not you should shoot coyotes in Florida, what else should you know about coyote hunting? Here are some facts to learn about:

When are coyotes the most active?

Coyotes are active all day and night, though they’re typically crepuscular and nocturnal. This means they’re active at dawn and dusk, similar to insect-eating bats. So if hunting regulations permit it, you can hunt around those times for more successful catches.

Read more: How to Hunt Coyotes at Night: The 3 Major Tips to Follow

Do coyote sightings mean they’re more common in one area than another?

You can find coyotes in all parts of Florida counties, though you can’t measure the level of abundance in just by their sightings. This is because coyotes blend in with surroundings, remaining unseen. So if you see more coyotes in one are, it doesn’t mean they are more abundant in that county.

What do they eat?

Coyotes usually eat smaller mammals, especially rabbits and rodents. While they also eat deer, they mostly consume scavenged carcasses or would take down a deer as a pack. Besides this, they also consume fish, snakes, lizards, birds, as well as insects, fruits, seeds, and grasses.

What do coyotes prey on?

Coyotes would kill and consume different livestock such as poultry, pigs, goats, and calves. But, they aren’t serious problems to such animals besides the sheep, as they usually feed on small game in the wild. So you won’t have to worry about coyotes eating up all your livestock, including those in Florida.

What are their average sizes and weights?

An adult male coyote would weigh between 18-44 pounds, while females are between 15-40 pounds. However, coyotes in northern regions tend to weigh more than the ones in southern regions. To give you an idea of their size, a coyote is bigger than a fox but smaller than a wolf.

How fast do they run?

Coyotes are very fast when running, with the ability to overtake even the fastest runner, Usain Bolt. They can run up to 50 miles per hour, making them one of the fastest, if not fastest, terrestrial mammals around North America. So you've got to act as quickly, too!

Do you want to learn more about coyotes in Florida? Check out this interesting video:

There's more to learn when it comes to shooting coyotes in Florida, such as the various rules and regulations. Once you know if you can shoot coyotes and when you should, then you'll be able to focus more on hunting strategies. That way, you can bring home more game for meat or as a trophy!

I hope my article answered the question, “can you shoot coyotes in Florida?” Now that you know the answer, begin prepping your next day out in the fields now!