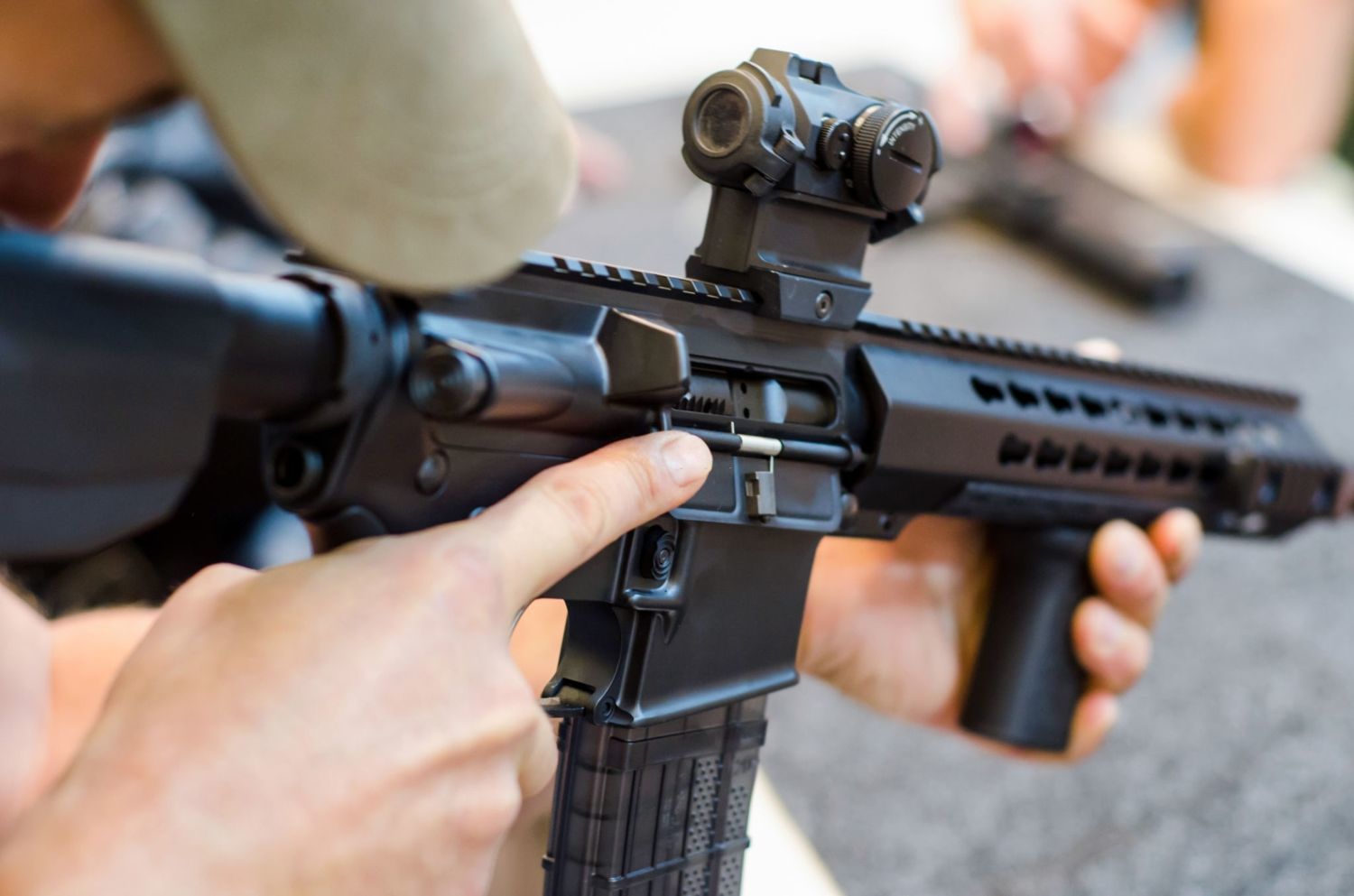 How to Assemble a Lower Receiver

An AR-15 Rifle build should start with purchasing a lower because this is the part that is an FFL item and requires a background check like any other firearm. Building an AR lower can look a little bit intimidating for a first-timer. But, with a little preparation and some guides, it’s more than doable. Here, we’ll walk you through the process in brief. First, it’s important to have the right parts and tools for the whole build. From there, we’ll talk about the magazine and bolt catches, before moving onto the trigger assembly. Lastly, we’ll get it ready to meet with an upper by getting the grip and buffer assemblies good to go.

Get The Parts and Tools

To assemble a lower receiver, you’ll need the following parts, assuming you’re going with a build that aims at being simple:

While it is possible to buy all of the springs, catches, and screws separately, we don’t recommend this. Because there are so many, it’s entirely possible that you’ll forget something that will stop your build. Instead, it’s worth paying a small premium to simply have all of the parts you need from the get-go.

With all of those things ready, let’s build a gun!

The magazine release button and spring both drop into the relevant hole without much effort, so it’s a good place to start: the serrated side of the button faces out. Hold the button, and turn the receiver over and then thread the magazine catch on. Keep threading until the catch sits flush when you release the button. If you have a magazine around, you can test it to ensure a good fit before you put any more parts in.The bolt catch goes on with a spring that fed in from above the magazine catch. From there, get the bolt release oriented correctly before driving the roll pin through. For doing this, some needle nose pliers to press in the pink help a great deal. To avoid marring the receiver, wrapping the pliers in an old cloth is a good idea.

Some precision triggers drop in with just two roll pins. If that’s your setup, we’d recommend finding a more specific guide for your exact model. Also, some lower receivers do not come with a trigger guard and require an aftermarket one that similarly goes on with pins. Again, there is some variance and thus you’ll need to do some more digging.

Assuming you’re working with a standard, mil-spec trigger, start with threading the springs on the trigger and sear as you can see in many online guides. Then, lay the fat side of the disconnect spring down onto the trigger and loop the sear into the correct position. Following, drop the assembly into the receiver until the holes line up. Driving the trigger pin in is typically easy until about the last tenth: from there, a punch and a hammer will help get it the rest of the way though. Now, you can and should test your trigger and reset to make everything work correctly once the gun is assembled.

Now is a good time to assemble the safety, which involves putting the selector lever in, followed by the detent spring in the bottom of the receiver. This spring is held in by the pistol grip, which typically attaches by either a screw or a hex nut. Either way, this is a point where being able to clamp the receiver upside down comes in very hand as this is a three-handed job.

Before you tighten the castle nut, make sure that the nd plate is positioned correctly: then, using an AR wrench, get the castle nut hand tight. This is all of the tension it needs to work well. Some people will stake the castle nut at this point with a punch. This is a generally good idea, but function check the rifle first.

A few final notes for your first AR build. First and foremost, expect to lose some springs and have to order them again. Some companies sell small spring kits just for this purpose and getting one is a great use of a few dollars.

Second, as you’re doing this, it’s a good idea to have a detailed video open. A well-written guide is a lot of help, but watching someone do it in real-time is another excellent tool.

As far as workspace goes, I always try to have a space all to myself that’s quiet and well-lit. That makes putting together parts with small, fiddly springs a lot easier for most people.

With all of that said, it is certainly possible to build an AR lower even without having handled one before, so go for it!

Popular Posts
Recent Posts
Gears
5 Helpful Wildgame Innovations Trail Camera Troubleshooting to Follow 48 comments
The Ultimate Hunter’s Guide on How To Choose A Gun Safe 12 comments
How Rare Are the Piebald Deer? What You Need To Know For Future Hunts 12 comments
Where Are Burris Scopes Made? The Surprising Truth Here! 11 comments
Chicory for Deer: The Facts You Need to Know and How to Plant It 10 comments
How Long Are Deer Pregnant? The Facts You Need to Know 9 comments
How to Bleach a Deer Skull: The Steps You Need to Follow 5 comments
How To Cook Deer Sausage: The Easy and Simple Guide You Need 5 comments
The Best Cold Weather Hunting Boots You Need To Buy Now! 5 comments
The Best Snake Proof Boots For You: Have Safe Feet For Hunts 4 comments
How to Assemble a Lower Receiver January 6, 2022
How To Charge The LED Headlamps Battery Correctly? January 6, 2022
Must-Have Advanced Fishing Equipment January 6, 2022
What Are The Best 10 Breeds Of Dogs For Hunting Game? January 4, 2022
Guide You Must Consider Before Camping in Your Backyard: Pruning and Cutting Bushes and Trees December 28, 2021
What Should I Look for When Buying an Airsoft Gun? December 20, 2021
Top Camping Tent 2022 December 15, 2021
Exotic Fishing In Dubai: An Exciting Hobby For Fishing Enthusiasts December 14, 2021
Cleaning Reloading Equipment: A Quick Guide December 10, 2021
Camping Solo for the First Time? – Here is All You Need to Know December 7, 2021
Best Gun Safes 2020 – Reviews & Buyer’s Guide (Feb. 2020) February 19, 2020
Buck 110 Review – an Essential Folding Knife for Your Hunting Arsenal January 24, 2020
Wild2Be Premium 12-in-1 Multi-Tool Set Real Tree Camo Review – Is It Worth the Buck? November 27, 2019
The 4 Best Elevator Brackets for Deer Stands to Add Support and Height! January 14, 2019
The 5 Best Bone Saw For Deer Reviews: Easier Time Field Dressing Now! January 3, 2019
The 4 Best GoPro Bow Mounts For Seamless Footage While Hunting! December 19, 2018
The 5 Best Turkey Decoys to Catch Gobblers Efficiently This Thanksgiving! November 12, 2018
The 5 Best Camera Arms for Hunting: Track Your Game Easily! October 24, 2018
The Best Tree Stand Bow Holder: 5 Awesome Ones For Easier Hunting! October 14, 2018
The 5 Best Deer Hoist (Game Hoist) Reviews for Your Next Catch! October 7, 2018