Regardless of your age, there is nothing that brings you more hype than your excitement for your first hunt. No matter if you are going deer hunting, turkey hunting, or whatever seasonal hunting may occur, you think with excitement about the moment you press on that trigger and catch your first game.

However, with great power comes great responsibility – which is why, as a first-time hunter, you might want to be particularly careful. To make sure that no one gets injured – aside from your game – and that you come home victorious, here are a few tips that you might want to keep in mind.

5 Things You Should Know About Suppressors

Hearing loss is a HUGE problem — especially for us shooters. In fact:

People who use firearms are more likely to develop hearing loss than those who do not. The reason? Firearms are loud. Almost all firearms generate noise levels above 140 decibels.

To put that into perspective, a military jet taking off at full blast is quieter than the sound of a gun being fired. To combat the loud sound of firearms, we have to wear ear protection.

But, the truth is:

Ear protection won’t always be available. For example, if my house is getting robbed by an armed robber, I most likely won’t have enough time to put on some earplugs. And even then, I’d like to hear EVERY footstep the intruder is taking so I can respond efficiently.

That’s why suppressors are a big deal — and why they’ve picked up a lot of traction. Here are five things you should know about suppressors.

Choosing Your First Hunting Gun: What You Need To Consider

Investing in your first hunting weapon can be daunting at first, but with the right amount of research as well as guidance from fellow hunting enthusiasts, you can find the perfect firearm for your first hunt without spending a small fortune.

In this article, we will be looking into what you need to consider when looking around for your first official hunting firearm. 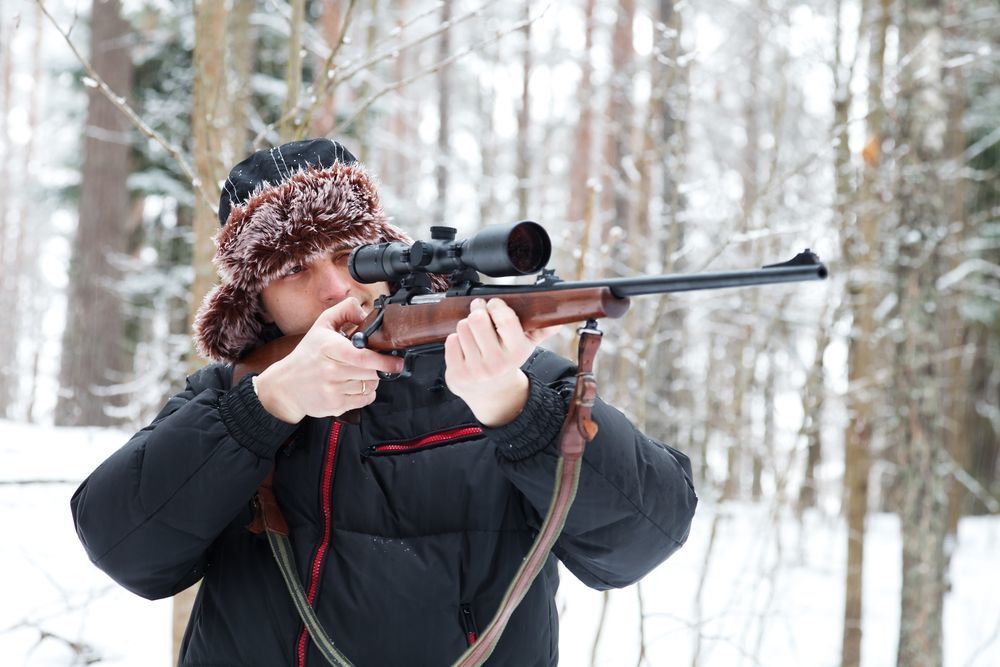 5 Reasons Why You Should Pack A Riflescope When Going Hunting

There was a time when hunters used to rely only on their own wits and equipment when hunting down animals. Well, there was also a time when pigeons were used to send messages between people and cities.

These days, rifle scopes have come to dominate the market.

But then, are they functional at all, or they are just another one of those many fads? How about we find out? 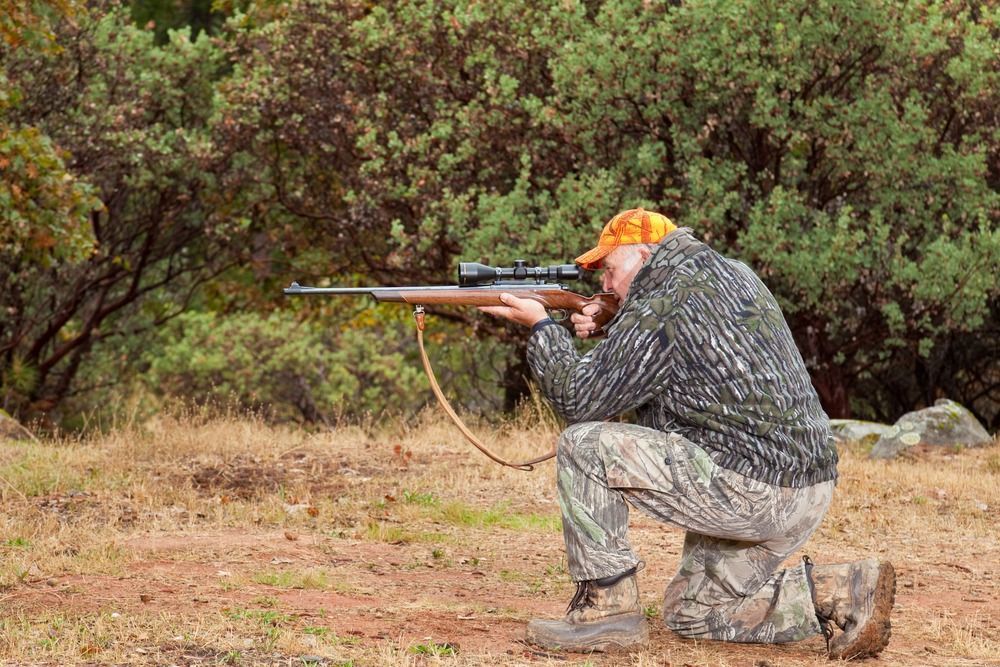 How to Hold a Rifle Steady: The Female Shooter’s Guide

Being a female shooter isn't as tough as people think it to be. You'll be surprised with the many talented female shooters out there, such as Glenda Craddock, who's able to not only handle a handgun but the big guns like rifles! Now that's something to be proud of, and if you're a shooter who wants to be like Glenda, the first thing to learn about rifles is how to hold it steady. 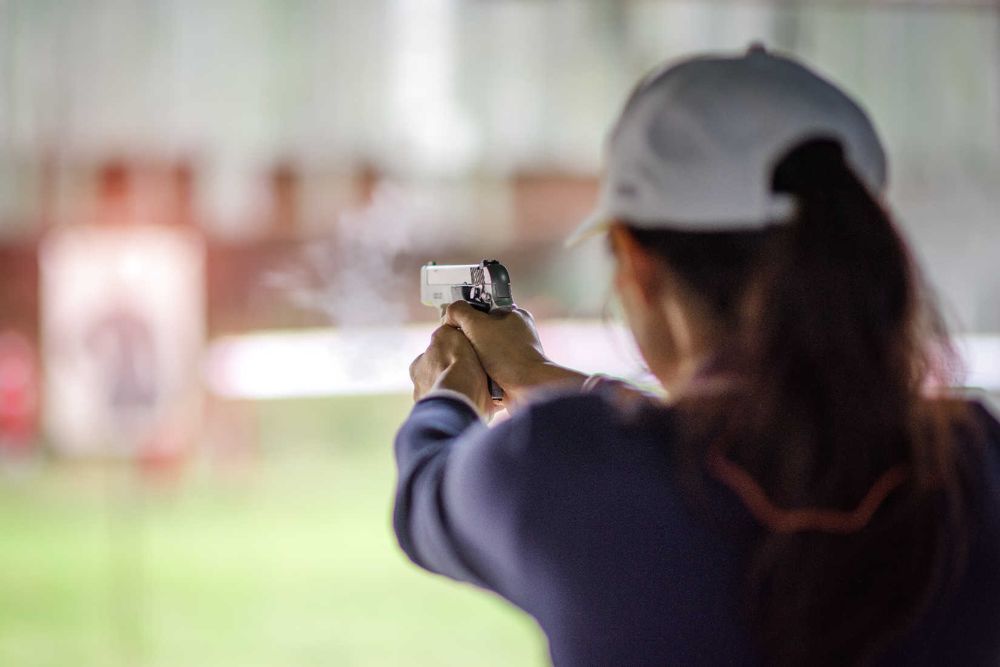 How to Shoot a Handgun: ANYONE Can Start Now!

Learning how to shoot a handgun can be a bit difficult, whether you're a male or a female shooter. Some women may find it tough figuring out how it works, especially if they've just begun. However, you'll be surprised as to how quickly one can get the hang of the gun with proper technique and knowledge.

I was inspired to create this article from Glenda Craddock, a competition shooter well known around Chesapeake and Virginia Beach. So not only will this article tackle how to shoot a handgun but to talk about the wonders of shooting, especially as a woman! Read on to learn more about it.

The Top 10 Tips For Gun Cleaning For a Better – Performing Weapon!

There are many people out there who like cleaning their guns and cannot go a week without doing it. I am not the biggest fan when it comes to cleaning guns, but I have to do it to make sure they function well in case I need to use them. This is very important and something many people tend to overlook and then end up regretting it.

So, if you are cleaning your gun out of necessity like me or if you like cleaning because of the thrill you get, below are some tips that will go a long way in helping a gun owner clean their guns and allow them enjoy their sport to the maximum. 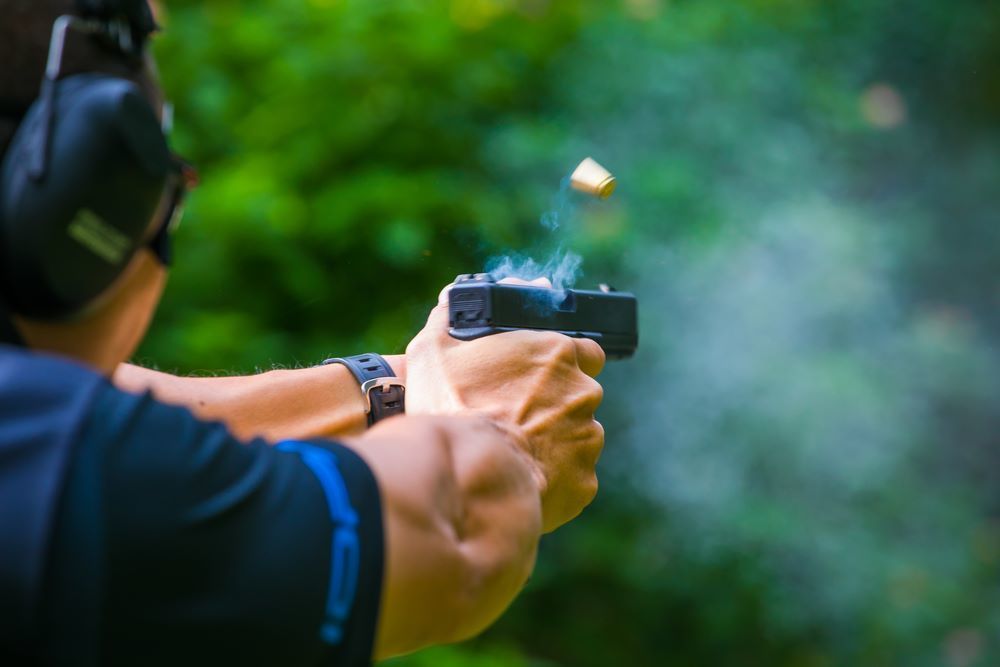 A Short and Informative Guide on How to Shoot a Pistol

As a hunter, one of the first things I needed to learn was how to shoot a pistol. You see it in movies and think it's pretty easy, but you realize that it takes more time, effort, and experience to do so! From how to hold it down to what to prepare when shooting, you need to be prepared to avoid injury unto others and yourself.

With that said, how can you shoot a pistol properly? Read on as I show you a short and helpful guide on it now! 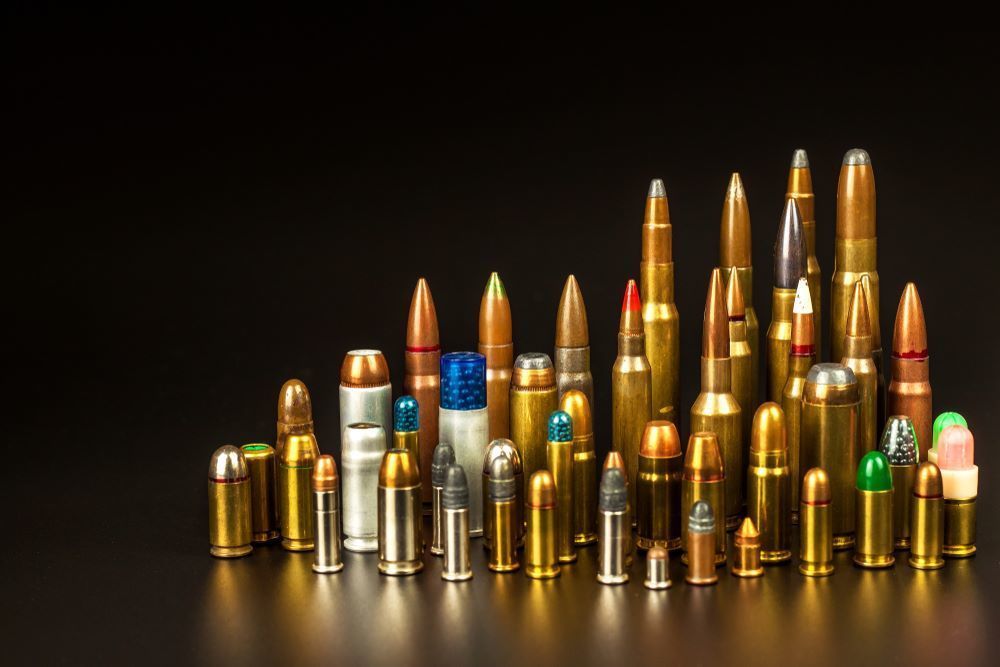 Why Is It Important to Choose the Right Bullet for Your Gun?

Shooting can be a wonderful experience when hunting. You’re the one having the power, and the excitement you feel during a hunting season is hard to match by any other activity. Having the right gun is as important as you can imagine, whether you’re hunting from a big distance or not. But do you know what else affects the experience? The bullets you use.

Bullets all have different shapes and sizes, not to mention weights. Therefore, even if you’re someone with amazing hunting skills, using the wrong bullets may ruin the whole experience for you and cause your failure. You have to be prepared with the right bullets if you want to have a clean, successful hunting session.

In this article, you will find out why choosing the right bullet for your gun is crucial.

How to Protect Your Hearing While Hunting and Shooting

The world of wildlife hunting and sport shooting has never been more popular. While engaging in the thrill of the hunt while shooting black bears, or shooting at the firing range, you have a passion for handling firearms. But watch out – there is a very loud, and sometimes overlooked, hazard of shooting: it’s the noise of the guns being fired. Here are three things to protect your hearing from while hunting and shooting, and how to protect your hearing:

Popular Posts
Recent Posts
Gears
5 Helpful Wildgame Innovations Trail Camera Troubleshooting to Follow 14 comments
The Ultimate Hunter’s Guide on How To Choose A Gun Safe 8 comments
Where Are Burris Scopes Made? The Surprising Truth Here! 7 comments
Chicory for Deer: The Facts You Need to Know and How to Plant It 6 comments
How Rare Are the Piebald Deer? What You Need To Know For Future Hunts 6 comments
The Best Cold Weather Hunting Boots You Need To Buy Now! 5 comments
How to Bleach a Deer Skull: The Steps You Need to Follow 5 comments
How Long Are Deer Pregnant? The Facts You Need to Know 5 comments
Best M1A Scope Mount: The 5 Best You Need to Invest In Now 4 comments
How To Cook Deer Sausage: The Easy and Simple Guide You Need 4 comments
Things to Consider When Choosing a Mosquito Hunting Nets January 15, 2020
5 Great Camping Spots in America You Need to Check Out January 10, 2020
Top Hunting Mistakes To Avoid January 7, 2020
How to Be a Modern-Day Treasure Hunter December 26, 2019
What’s The Most Important Gear For Family Camping December 22, 2019
Is There a Weight Limit for Kayaking? Important Things to Know Before You Buy December 19, 2019
Saltwater Fly Fishing: Three Tips for a Fun and Safe Adventure December 18, 2019
A Guide to Sustainable Traveling: How to Offset Your Carbon Footprint December 13, 2019
First Time Hunters – Tips for Beginners December 13, 2019
Tips On How To Have A Fun Camping Trip December 10, 2019
Wild2Be Premium 12-in-1 Multi-Tool Set Real Tree Camo Review – Is It Worth the Buck? November 27, 2019
The 4 Best Elevator Brackets for Deer Stands to Add Support and Height! January 14, 2019
The 5 Best Bone Saw For Deer Reviews: Easier Time Field Dressing Now! January 3, 2019
The 4 Best GoPro Bow Mounts For Seamless Footage While Hunting! December 19, 2018
The 5 Best Turkey Decoys to Catch Gobblers Efficiently This Thanksgiving! November 12, 2018
The 5 Best Camera Arms for Hunting: Track Your Game Easily! October 24, 2018
The Best Tree Stand Bow Holder: 5 Awesome Ones For Easier Hunting! October 14, 2018
The 5 Best Deer Hoist (Game Hoist) Reviews for Your Next Catch! October 7, 2018
The 5 Best Deer Blind Heater Reviews: Stay Warm While Hunting! October 3, 2018
The Five Best Salt Block For Deer Reviews: Keep Deer Healthy Now! September 26, 2018